What does creepshot mean?

Creepshot typically refers to a photo taken by a man of a woman or girl in public without her consent. Creepshots typically focus on a woman’s backside, legs, or cleavage.

Where does creepshot come from? 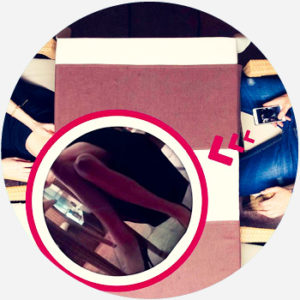 The term creepshot first appears on Twitter in 2009, referring to a photograph, or snapshot, taken of a person without them knowing it, as a creepy person might do, hence the blend creepshot. Over the following years, creepshot largely settled on its more sexualized application, with instances of creepshots (e.g., a picture of an anonymous woman’s butt taken at a mall or grocery store) shared on social media sites and forums, notably Twitter and Reddit.

CNN Journalist Anderson Cooper took on a popular creepshot forum on Reddit, called /r/jailbait in September 2011. The following year, Google searches for the term spiked when it came to the attention of news and opinion outlets that a high school teacher was very likely responsible for posting creepshots of his students to a Reddit forum dedicated to the practice.

In July 2016, Canadian sex educator Yevgeniya Ivanyutenko brought creepshots into a public conversation about privacy on social media, calling for Twitter to crack down on users who share creepshots on specific hashtags, particularly users who only post creepshots.

While creepshots often perversely highlight the attractiveness of a person, they can also be used to shame a person’s appearance. In September 2016, Playboy model Dani Mathers notoriously posted a creepshot online of a naked woman that she found ugly in a gym bathroom, adding, “If I can’t unsee this, then you can’t either.”

“Resisting the urge to creepshot the guy next to me on the bus dressed as a Redcoat.”
@john_overholt Twitter (April 8, 2017)
“FIVE male students have been expelled and two suspended from one of Australia’s most elite colleges — with several others placed on probation — after it was revealed that the men had set up a secret online club to share seedy ‘creepshots’ taken down the tops of unwitting college girls living alongside them.”
Nina Funnell, “ANU college students expelled over creepy Facebook page,” News.com.au (July 20, 2016)
“For starters, an actor in Auckland filming from the set of Shannara Chronicles shouldn't necessarily be sharing a tabloid-style creep shot taken from the woods.”
Mick Joest, “Wait, Is Arrow's Manu Bennett Returning As Deathstroke Or Not?” Cinema Blend (April 2017)
SEE MORE EXAMPLES

While the term is widely used for sexualized images taken of women, creepshot is still can be used for unsuspecting photographs of people in candid, funny, or unflattering poses. Though the term has a pejorative connotation, posters of creepshots use the term, often with the hashtag #creepshot, along with the many critics of the practice.

Creepshot is also used by cosplayers who are concerned about the practice, even though they may like to wear sexy or provocative costumes. Creepshot can be a verb, too, e.g., “Don’t creepshot people on the bus.”

This is not meant to be a formal definition of creepshot like most terms we define on Dictionary.com, but is rather an informal word summary that hopefully touches upon the key aspects of the meaning and usage of creepshot that will help our users expand their word mastery.