What does dayt mean?

A dayt is a romantic date that occurs during the daytime.

Where does dayt come from? 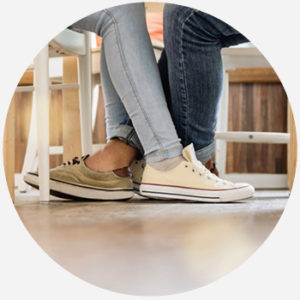 Dayt (or dayte) is a pun on the blend of day and date. It emerged in the late 2000s as a humorous term to distinguish between conventional dates—which typically happen in the evening; involve greater expense, time, and effort; and present opportunities for physical intimacy—and daytime dates, which are more casual and friendly.

The spread of dayt coincides with the release of movies such as Friends With Benefits (2011) and No Strings Attached (2011), which popularly addressed non-romantic sexual relationships and platonic friendships.

anyone wanna go on a dayt with me
@kevzso, December 2017
Great movie. Thank you Trysh Hallal for a great dayt
John Hallal, Facebook, January 2018
Dayt selfie with my bride Erica at Daveste Vineyards. ‘Dayt’ is a day date.
@JonCatherman, April 2014
SEE MORE EXAMPLES

Dayt is an informal, largely playful term associated with the millennial generation. It is occasionally used to communicate expectations for a slow or platonic relationship or outing or about the person on that outing or in that relationship …

Dayt is sometimes used as a deliberate misspelling of date on social media for humorous effect.

The term is not to be confused with dayt, an abbreviation of the Daytona 500, a 500-mile-long NASCAR racing series.

This is not meant to be a formal definition of dayt like most terms we define on Dictionary.com, but is rather an informal word summary that hopefully touches upon the key aspects of the meaning and usage of dayt that will help our users expand their word mastery.