What does Deep Throat mean?

Deep Throat is the pseudonym of the key informant in the Watergate scandal who provided information to journalists Bob Woodward and Carl Bernstein, eventually leading to the resignation of President Nixon in 1974.

It is also a form of oral sex which overcomes the gag reflex, hence “deep throated.” No coincidence there–the pseudonym was in part an allusion to the pornographic movie, Deep Throat, released in June 1972–only days before arrests were made at the Watergate Hotel during the DNC.

Where does Deep Throat come from? 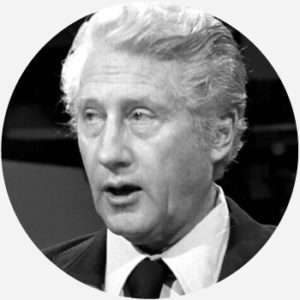 Deep Throat, the film, follows the story of a woman who discovers her clitoris is in her throat, and as a result develops a particular oral sex technique referred to as “deep throat.”

Thanks to relatively high production values, Deep Throat became a bit of a phenomenon. In a 1973 review of the film by Roger Ebert, he calls Deep Throat “pornographic chic” and mentioned that Mike Nichols, the director of The Graduate, told Truman Capote that “he shouldn’t miss it.” The film had become so mainstream a year after its release that Ebert observed a number of couples in the audience when he went to see Deep Throat playing at a Sunday afternoon showing at a movie theater in Chicago. 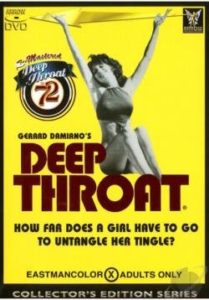 The pseudonym Deep Throat was coined by journalists, who were humorously making a reference not only to the film title, but to deep background, which is information acquired during reporting that can be used but without attribution.

30 years after Nixon’s resignation, in a 2005 interview with Vanity Fair, Mark Felt revealed that he was Deep Throat. In the early 1970s, he had worked as associate director of the FBI. Shortly before he became an informant, he had been unexpectedly passed up for a promotion.

I know it's hard for you to grasp but we women are pretty good at multi tasking.I can tweet,cook and deep throat all at the same time #women
@lilyallen, January, 2017
If you're having sex with a man, and that man physically forces you to deepthroat them (even if it's only for a few seconds), then they're forcing you to do something sexual against your will.
Elizabeth Enochs, “7 Things That Can Be Rape, Even If You Were Taught To Think That They Can't Be,” Bustle, February 12, 2016
The identity of Deep Throat is modern journalism's greatest unsolved mystery. It has been said that he may be the most famous anonymous person in U.S. history. But, regardless of his notoriety, American society today owes a considerable debt to the government official who decided, at great personal risk, to help Woodward and Bernstein as they pursued the hidden truths of Watergate.
John D. O’Connor, “I’m the Guy They Called Deep Throat,” Vanity Fair, July 2005
SEE MORE EXAMPLES

Since Watergate, the term deep throat has been used more generally to refer to any anonymous source who provides potentially damaging information about wrongdoing. 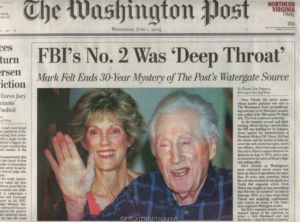 History on the Net

This is not meant to be a formal definition of Deep Throat like most terms we define on Dictionary.com, but is rather an informal word summary that hopefully touches upon the key aspects of the meaning and usage of Deep Throat that will help our users expand their word mastery.