What does deez nuts mean?

Deez nuts is an expression used to deliberately interrupt or divert a conversation. It is not a literal reference to testicles; rather it is used figuratively to disrupt and show disrespect to whatever discussion is currently occurring.

Where does deez nuts come from? 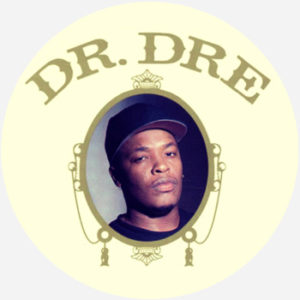 The first known usage of deez nuts comes from the Chronic, a 1992 album by Dr. Dre (the actual track is spelled “Deeez Nuuuts”). The song begins with a phone call between a man and a woman. After a short back-and-forth between the two, the man suddenly shouts “Deez nuts!” Within a year, deez nuts had already gained popularity among hip-hop and R&B artists. In 1993, the expression deez nuts appeared in the titles of songs by the rapper A.L.T. and the R&B group Xscape. The later usage of the phrase deez nuts directly evolved from the intentionally disruptive way it is used in Dr. Dre’s 1992 song.

Though the original Dr. Dre song was intermittently referenced for many years, usage of the phrase spiked in 2015 when Instagram user WelvenDaGreat posted a video of himself telling a similar deez nuts joke to a friend on the phone. This video turned WelvenDaGreat’s profile into a viral internet sensation.

However, deez nuts truly broke into the mainstream later that year when Deez Nuts became a US presidential candidate, scoring an astonishing third place in public polls, right after Hillary Clinton and Donald Trump. In fact, the candidate Deez Nuts was actually a 15-year-old Iowa native named Brady Olson, who registered the pseudonym as a way of expressing his frustration with the two major political parties.

Inserting a deez nuts prank into something as serious as a presidential election brought this meme to the attention of the general public, and its usage has been consistent ever since.

“Something came in the mail today… deez nuts! Ha! Got’em.”
WelvenDaGreat Welvin Harris Youtube (March 20, 2015)
“Everyone knows the YouTube sensation, WelvenDaGreat (more commonly known as ‘Deez Nuts’), who went viral after posting a video where he can be heard shouting ‘Deez Nuts’ into a telephone while speaking with a customer service agent. But is the real Deez Nuts guy running for president?”
Bossip Staff, “Got ‘Emmmmm: Is Vine Star Welven Da Great Running For President In 2016 As ‘Deez Nuts’??” Bossip.com (August 24, 2015)
“Warren G: Aye, did did what's-your-name done get at you yesterday? Woman: Who? Warren G: Deeez nuuuts!”
Warren G, “Deeez Nuuuts,” The Chronic Dr. Dre (December 15, 1992)
SEE MORE EXAMPLES

Because deez nuts is figurative, it can be said by someone of any gender.

Deez nuts is primarily used in real life conversation as a tension breaker, and online it is generally used for the sake of trolling an otherwise serious conversation on social media or forums. It can also be used as a putdown in response to perceived disrespect, where a person expresses their offense at another’s behavior by telling them to do various sexual acts to deez nuts.

Deez nuts has become a common online meme. Additionally, deez nuts is often used in prank calls and in prank videos as a reference to both Dr. Dre’s original song and WendelDaGreat’s video.

This is not meant to be a formal definition of deez nuts like most terms we define on Dictionary.com, but is rather an informal word summary that hopefully touches upon the key aspects of the meaning and usage of deez nuts that will help our users expand their word mastery.