D’fuq is a slang form of the fuck, commonly used as a quick reaction to a confusing, shocking, or objectionable situation.

Where does d’fuq come from? 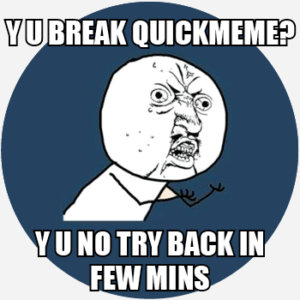 The phrase the fuck has been in use as a general exclamation since the early 1900s. One of its most popular uses developed in the 1940s: what the fuck?, used to indicate confusion and disapproval.

By the 1980s, use of what the fuck? had become so commonplace that the clipped version: the fuck?, emerged as a popular short form. In the 1950s, the fuck began to appear as an intensifier, as in, “I bet the fuck not.”

As intensifier or and version of the phrase what the fuck, the fuck has undergone spelling changes. In Black English, the is often pronounced and written as da, duh, or d’ while internet writing often alters spelling for economy and style and to avoid censorship, yielding d’fuq.

27 Real-Life Moments That Will Make You Say, "Dafuq?"
Gabriela Kruschewsky, BuzzFeed (headline), November, 2013
If you're under the age of 18 and are tweeting trump support do me a favor and shut d fuq up
@KimHallelujah, November, 2016
Men: speak up against sexual harassment / Also men: shut up, you slut. You asked for all this. Dfuq, man?
@DMisHaram, April, 2018
SEE MORE EXAMPLES

On social media and popular online writing, people use da fuck, dafuq, and d’fuq interchangeably to stand in for (what) the fuck (e.g., D’fuq you think you’re doing? or Please quiet d’fuq down!).

Notably, d’fuq often stands alone as a way to indicate some form of exasperation, disgust, bafflement, or offense. In these cases, d’fuq usually conveys the sentiment “Can you believe it?” or “I can’t believe it!” For instance, “I just saw that Netflix isn’t renewing the show. D’fuq?!“

While its altered spelling makes its profanity less apparent, many may find d’fuq to be vulgar and inappropriate language.

This is not meant to be a formal definition of d’fuq like most terms we define on Dictionary.com, but is rather an informal word summary that hopefully touches upon the key aspects of the meaning and usage of d’fuq that will help our users expand their word mastery.