What does diddy bop mean?

There are times when you are so 🔥 that no ordinary walk will do. My friend, times like these call for the diddy bop. A diddy bop is a walk or dance that resembles a bouncing strut or swagger.

Where does diddy bop come from? 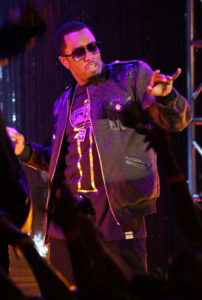 Diddy bop is much older than Sean “Puffy” Combs. It dates back to 1940s, when it was used in black slang for a contemptible black person affecting whiteness. In the 1950s, a diddy bop migrated to a “delinquent” or “street gang member,” and by the 1960s, to a kind of exaggerated, stylized strut, involving walking with a bounce, swinging one’s arms, and locking the knee—as if swaggering like an overconfident gangster.

Diddy bop bopped its way into military slang by at least the Vietnam War. The US Marine Corps use it to describe a soldier who is incapable of marching in crisp formation.

Diddy bop popularly resurfaced in black culture in the 1990s. In 1998, rapper Cam’ron used it in his track “Glory”: “When I rhyme / Niggas grab they dick and diddy bop / And pull they skully down / And put their ice grill on.” Cam’ron’s diddy bop describe the cocky strut of a man who can take on anything. Over his career, Cam’ron would use diddy bop in several of his other songs (and on his Twitter account).

Later, though, another hip hop artist would become the unofficial daddy of diddy bop. Sean Combs, known as Diddy at the time, released a 2009 single, “Diddy Boppin’.”

At the time, many fans thought Diddy himself invented the slang / dance, since he coincidentally and conveniently shared its name. Shortly after the release of “Diddy Boppin,” Combs released a video on his YouTube channel clarifying that he didn’t invent diddy bop. He also provided his own definition of the slang: for Combs, diddy bopping means feeling good, happy, and self-assured—being in the kind of mood that, well, makes you want to diddy bop.

I remember I used to diddy bop at parties looking stupid and I ain't give af cause I was turnt 😂
@AlexLaflare_, June 2017
Alright, alright / Now I was bouncing through the club / She love the way I diddy-bop / I see her boyfriend hatin' like a city cop
Lil Wayne, "Got Money" (song), May 2008 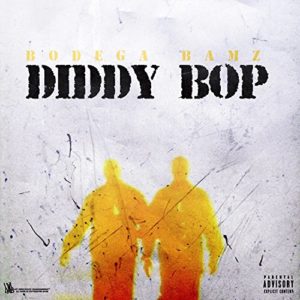 I need to go out and diddy bop in the club 😂

Whoever is using diddy bop, however, the slang/move is indelibly associated with Sean Combs and his “Diddy Boppin’.”

This is not meant to be a formal definition of diddy bop like most terms we define on Dictionary.com, but is rather an informal word summary that hopefully touches upon the key aspects of the meaning and usage of diddy bop that will help our users expand their word mastery.