Feedback
disco stick
do you

What does disturbia mean?

A blend of the words disturbing (or disturbed) and suburbia, disturbia is used to convey a perceived sense of distress about modern life, especially middle-class consumerism in American suburbs.

Where does disturbia come from? 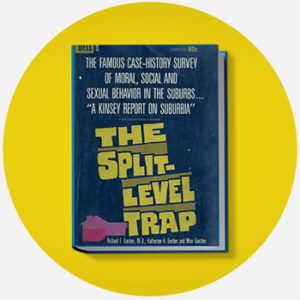 A 1960 psychological study of a New Jersey suburb, The Split-Level Trap, used disturbia to characterize suburban living as a hotbed of mental illness. The book describes an increased prevalence of heart attacks and ulcers, which the authors attributed to the stresses of living in the suburbs. The Split-Level Trap and the term it introduced were occasionally referenced in newspapers and other psychology texts in the 1960–70s.

Designer Frank Major founded a clothing brand named Disturbia in 2003. Major described the name as a “simple portmanteau of the words disturb and suburbia,” without reference to The Split-Level Trap or the novel.

The movie Disturbia, about a student who suspects his neighbor is a serial killer, was released in 2007. Rihanna’s “Disturbia,” described as a song about mental anguish, became a hit single the following year.

Disturbia in Suburbia - Soccer moms brawl at their kid's game.
AM_Lucifer_AMA, Reddit, 2016
You can check out the killer trailer for Summer of ’84 below and revel in all of it’s ‘Stranger Things’ meets Disturbia 80’s glory.
Mike Sprague, Dread Central, January 2018
With the Western world coalesced into an Americanized and automated middle class, the life-cycle moves from disturbia to downtown bachelor apartment; from downtown bachelor apartment back to disturbia; from disturbia to old-age duplex, triplex or quadruplex, or back to an apartment.
Daniel Cappon, Technology and Perception, 1971
SEE MORE EXAMPLES

Today, disturbia is frequently used in reference to the movie or song. But, it can still occasionally be used to refer to a sense of general unease with modern life, as in a 2009 Huffington Post piece about “doorman disturbia,” or a New York Times op-ed that referred to then-candidate Donald Trump’s depiction of American cities as “disturbia.”

Incidentally, disturbia is a Latin plural noun, meaning “disturbances, related to and in part sourced from the word disturb.”

This is not meant to be a formal definition of disturbia like most terms we define on Dictionary.com, but is rather an informal word summary that hopefully touches upon the key aspects of the meaning and usage of disturbia that will help our users expand their word mastery.