What does fav mean?

Fav or fave is short for “favorite.” In addition to usage as an adjective or noun, it can be used as a verb, meaning “to mark a piece of content as a favorite on a website.”

Where does fav come from? 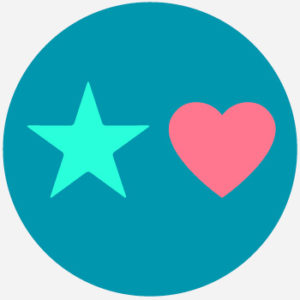 Fave first appeared as a shortening of “favorite” in the mid-20th century. The Dictionary of American Slang records its use in 1938. A decade later, in a 1947 issue, the music magazine Billboard describes disc jockeys picking their “fave sweet band.” But, the spelling fav wasn’t in use until 1999, appearing in Alix Strauss’s biography of the boy band No Authority.

Favorite started to be used as a verb on social-media sites in the 2000s. In 2004, the photo-sharing site Flickr introduced “Your Favorites,” a feature that allowed users to save others’ pictures. Later that year, a Flickr employee used favorited as a verb in a response to a customer. And then, the official Flickr blog used favorited as a verb in 2005. Notably this is before Twitter or Tumblr, which both have favoriting features; they were founded in 2006 and 2007, respectively.

Shortly thereafter, Flickr users began to use the shortened form faved as a verb. This use has now been adopted on other social-media sites as well.

Fav is often used in casual conversation in reference to something someone really likes (“my fav pic of my son” or “these songs are my faves”). They can also reference social-media activity (“I faved his tweet”).

And, many publications use the shorthand when writing about social-media sites. Fast Company noted that some publications like The New York Times prefer fav, while some like The Atlantic prefer fave.

This is not meant to be a formal definition of fav like most terms we define on Dictionary.com, but is rather an informal word summary that hopefully touches upon the key aspects of the meaning and usage of fav that will help our users expand their word mastery.