What does feels mean?

Cute puppy dogs, a bad break-up, some really good pizza: These things give us all the feels. The slang term describes an overwhelming emotional reaction, often with a humorous tone in the phrase all the feels.

Where does feels come from? 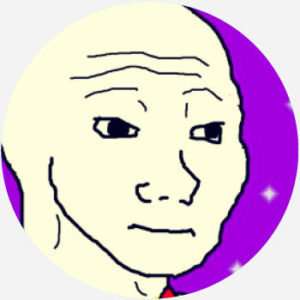 Taking off in the 2010s, the slang feels is a shortened plural of feeling, as in “emotion.” It’s said to come from what’s called the I Know That Feel Bro meme, showing two hairless human figures embracing. 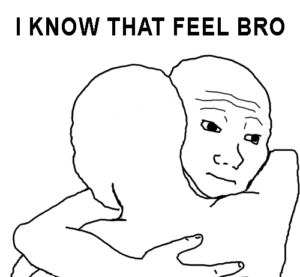 Meme origins get hairy though (unlike those guys above), so strap yourself in. In July, 2009, users on a Polish humor website, Demotywatory, created funny motivational posters. The posters used the Polish phrase to uczucie, “that feeling (when),” to comment on some small but relatable accomplishment, like beating a boss in Super Mario Bros. 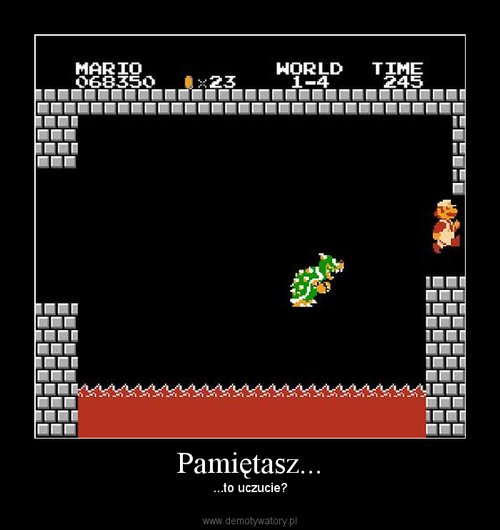 To uczucie was picked up by the Polish imageboard Vichan, which made ironic versions of these motivational posters. One user, identified as Wojak or Voyack, posted on a German imageboard, Krautchan, in 2010 an image of a bald man (since called Wojak) complaining that he did not have a girlfriend.

In response, an anonymous apparently user mixed together the then-popular to uczucie with the emerging Wojak to create the I Know That Feel Bro meme, posted to 4chan in January, 2011 and expressing a mocking empathy. To uczucie, it seems, was translated as the humorously ungrammatical “that feel,” pluralized and spread in subsequent memes. 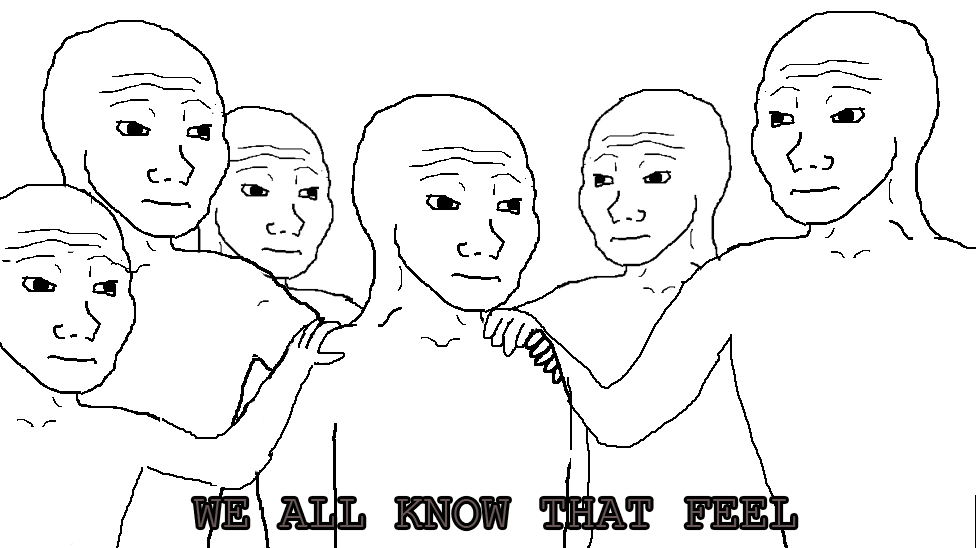 While feels originated with a bro-ish irony, so true of many internet memes, it shed those connotations as it spread in the mainstream. By 2012, feels had caught on as a playful way to express any powerful emotion, from heartbreak to happiness.

Finally got to watch @blackmirror episode #SanJunipero. I've never had ALL the feels and ALL the heebeegeebies ALL at once before. Very powerful indeed. #BlackMirror
@Chrysta_Bell, January, 2018
…we often distance ourselves from showing our true feelings online, keeping our emotional life easy-breasy. In fact, we don't even have emotions—we have feels. But maybe not all the feels.
Pamela Pavliscak, Quartz, January, 2018
Barack Obama said he hoped to promote "greater empathy and understanding between peoples, and help them share their stories with the entire world"...So that means expect whatever they create to have all the feels.
Alle McMahon, Australian Broadcasting Corporation, May, 2018
SEE MORE EXAMPLES

All the feels, right in the feels, gives me feels: Feels is used in a variety of expressions as a playful form of feeling, sometimes imagining feels as a physical part of the body.

This hit me right in the feels. pic.twitter.com/Xy2UwMoNu8 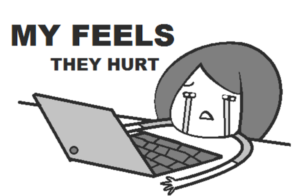 In online writing, feels gets used in a wide variety of contexts for moving, touching, excited, or overjoyed feelings.

Ready for our 4th straight trip to the #NBAFinals!#WhateverItTakes pic.twitter.com/s4qaBJ54o9

The Prime Minister of NZ has just instagrammed a photo of her dad putting on her shoes for her – presumable because she’s well along in her pregnancy- and it’s giving me all the feels. pic.twitter.com/LtaRfVH2n6

Feels has become so widespread people use it in everyday speech. The phrase all the feels has also apparently inspired another common construction used to express hyperbolic excitement, all the X’s. For instance, Let’s go out to eat. We’ll have tacos. We have all the tacos!

This is not meant to be a formal definition of feels like most terms we define on Dictionary.com, but is rather an informal word summary that hopefully touches upon the key aspects of the meaning and usage of feels that will help our users expand their word mastery.