What does foot job mean?

Where does foot job come from? 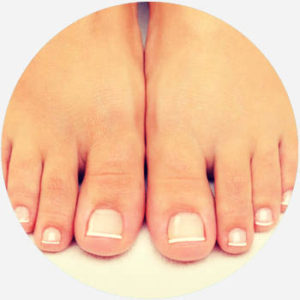 The slang foot job is derived from the more common hand job, which appeared in the late 1930s. Foot job itself appeared in erotica and accounts of sexual acts in the 1980s, a sexually adventurous time for all.

In the basic foot job, a person uses the soles of their feet or toe creases to induce orgasm in a male partner. Foot jobs for women may involve using the feet to massage the breasts and vagina, which just seems like being walked on—but not for foot fetishists, who are especially fond of foot jobs. Ask Quentin Tarantino. He’s apparently into that stuff.

Foot jobs are occasionally alluded to in popular culture. In a 2004 episode of Desperate Housewives, Eva Longoria’s characters stimulates a man under a restaurant table using her foot.

In the 2009 comedy Kicking the Dog, as another example, one character describes giving her boyfriend foot jobs that involve “your toes, your feet, and his wang.”

Foot jobs are a fairly common tag and sub-genre of pornography. In the mainstream, they are sometimes the butt of jokes, given the relative unusualness of the act. 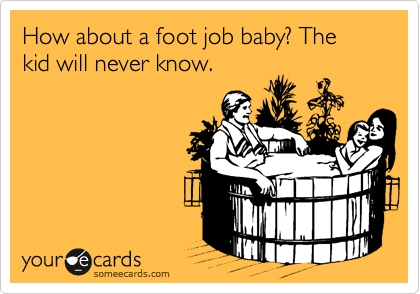 Because of the sexual content, save the foot job conversation for close friends, sexual partners, and possibly your podiatrist.

This is not meant to be a formal definition of foot job like most terms we define on Dictionary.com, but is rather an informal word summary that hopefully touches upon the key aspects of the meaning and usage of foot job that will help our users expand their word mastery.