What does full send mean?

YOLO! If you do something full send, especially in extreme sports, you’re doing it it full-throttle and with 100% commitment—even if you end up failing.

In extended, popular slang, full send has the sense of “intense,” “hardcore,” or “without regard to consequences.”

hard in the paint, Leeroy Jenkins, send it, hardcore, 💯 100 emoji, Just Do It

Where does full send come from? 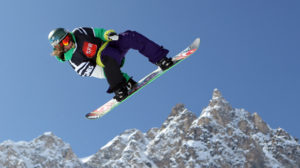 In rock climbing, a send is a run in which a climber completes a route without falling or resting. To send is to complete such a run. The term—said to originate in climbing slang in the 1990s and possibly inspired by the notion of sending as “delivering” on a promise—spread to snowboarding, skiing, mountain-biking, and skateboarding. In these extreme sports, to send is to perform a run cleanly and flawlessly. 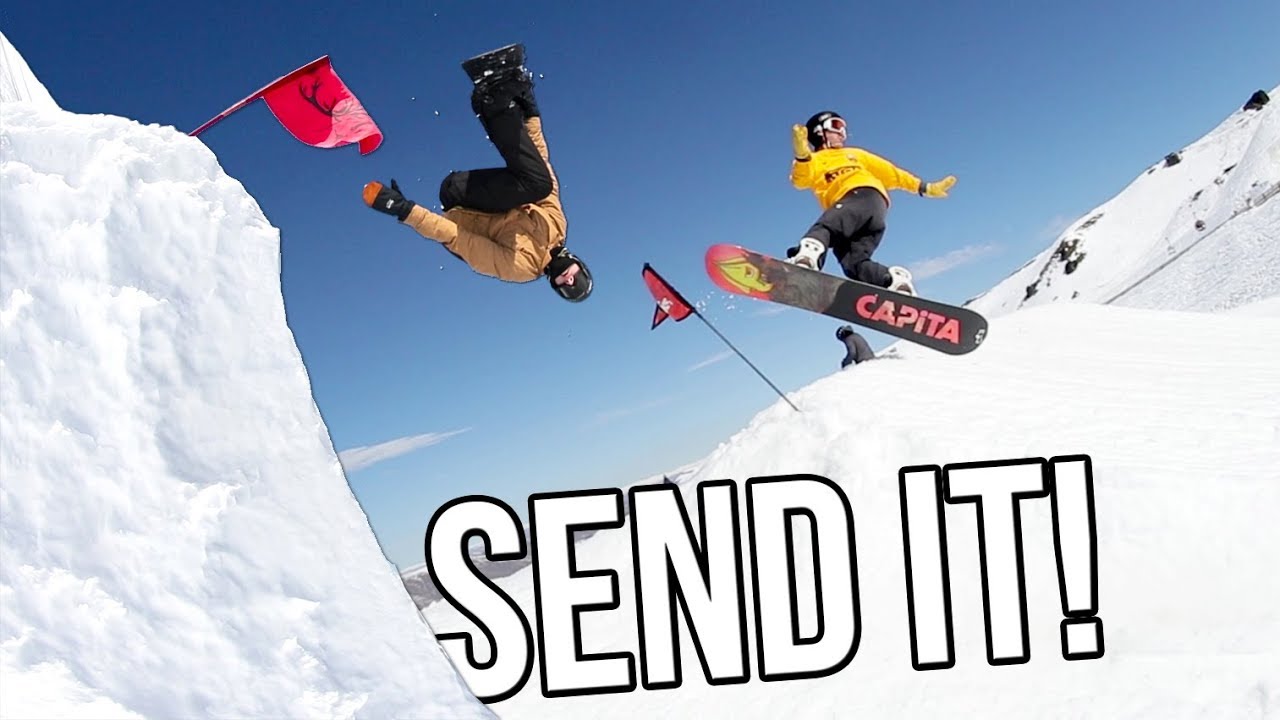 For the high-octane snowboarder or skier, going full send is like grabbing the bull by its horns, launching confidently into a run even if it means crashing spectacularly. This expression is evidenced by at least 2015.

One skier, Colton Hardy, helped popularize full send through his social media (@jerryoftheday) in 2015. Hardy took to using full send for doing something hardcore—especially when sharing clips of people wiping out.

When you a dog but Full Send is life #spiritanimal #pointem

What seems to have really pushed full send over the edge, as it were, were viral videos from early 2017 of a Canadian man, Larry Enticer, performing jumps on a snowmobile—and wiping out. In the videos and when sharing them on social media, Enticer often used send it before inevitably crashing.

WhEn ShEs nOT sUre If She WAntS tO seNd YoU NudEs pic.twitter.com/hzctQZyhEG

Thanks to the popularity of Enticer’s videos and his send it catchphrase, full send spread outside of extreme sports as a comment on reckless stunts that end in (usually humorous) failure.

I’m in a constant state of flux in between caring way to much and full send fuck it mode.
@DillyVanillyy, March 2019
Naydev’s friends can be seen helping him stand on the railing of the ship before he leaps into the ocean. According to Fox 13, Naydev estimated the drop was around 100 feet. “Full send,” he captioned the video [of his jump].
Madison Roberts, People, January 2019 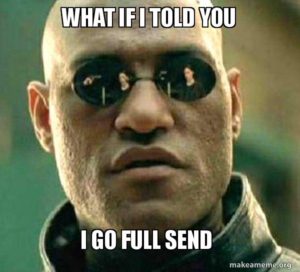 Full send is still popularly used in extreme sports like snowboarding. It also is used in other sports, like baseball or softball, for making a big play or effort.

As these examples show, full send is often used as an adverb in the phrase going full send or doing something full send. It can also be an adjective, noun, or verb for various states of full-send-ery.

I'm at chilis getting drunk as FUCK pouring drinks all over myself. Folks, it's gonna be a full send tonight.

When full send is life #tomahawktuesday

should I full send and pierce my belly today????? 🥺

It can also act like an interjection, commenting on the extremeness of something.

This is not meant to be a formal definition of full send like most terms we define on Dictionary.com, but is rather an informal word summary that hopefully touches upon the key aspects of the meaning and usage of full send that will help our users expand their word mastery.