What does game on mean?

Game on is an expression variously used to kick off a contest, issue a challenge, or express general enthusiasm.

Where does game on come from? 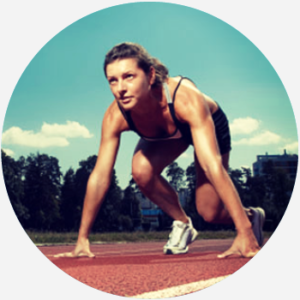 Game on appears as early as the 1970s as darts slang for starting a round of play, often appearing in the phrase It’s game on or the exclamation Game on! It has been used to convey something is starting or underway since the 1500s while game has referred to a competition since Old English.

From darts, game on spread to a range of contexts to begin a contest. Game on! is memorably cried, for instance, to start a friendly street-hockey match in the 1991 comedy Wayne’s World.

Outside sports, game on welcomes, if not tauntingly encourages, a challenge, whether at the workplace or out partying. For instance, “You want see who make the most sales in one day? Game on!” or “When he spotted with the beautiful man across the bar, it was game on.”

Game on evolved by the 2000s to cheer on an event after initial or formal business has been conducted (e.g., With the wedding ceremony over, it was game on for the reception.).

Examples of game on

Most assuming Liverpool already in the final. 2-0 at half time and it’s game on.
@j_cfc123, May, 2018
I really didn't feel like going out tonight but somebody found a babysitter. Game on! [...]
@FionnCarroll, January, 2018
Kellyn smashes an urn, and her scroll says, "Game on. Follow the fire." Kellyn comes to the "Ghost Island Game of Chance," but the odds of winning have increased.
Kim Stempel, BuddyTV, April, 2018
SEE MORE EXAMPLES

Who uses game on?

Game on is a casual expression in speech and writing, usually employed in a friendly, humorous, or excited manner.

It can initiate various competitions (e.g., OK crossword puzzle solvers, game on!). It can anticipate gameplay or mildly intimidate opponents (e.g., Kick off is in five minutes. Game on!). In these settings, game on can also characterize that lively competition is underway (e.g., it’s game on at the tournament).

Game on can accept a challenge in the mode of Bring it on! or Let’s do this! (e.g., So, you wanna have a baby? It’s game on!). Partiers may greet a night of fun—or the prospect of a sexual encounter— with game on.

Game on has supplied titles in popular TV and gaming, from a 2002 episode of The West Wing and to an annual artificial-intelligence gaming conference in the late 2010s.

This is not meant to be a formal definition of game on like most terms we define on Dictionary.com, but is rather an informal word summary that hopefully touches upon the key aspects of the meaning and usage of game on that will help our users expand their word mastery.