Feedback
get gully
get laced

What does get hashtagged mean?

If something or someone gets hashtagged, that generally means they are trending on the internet, especially the social media site Twitter in the form of a hashtag (#).

In the black community, more tragically, to get hashtagged is to be wrongfully killed by the police, a reference to the way that names of such individuals, rendered as hashtags, trend on Twitter after their deaths.

Where does get hashtagged come from? 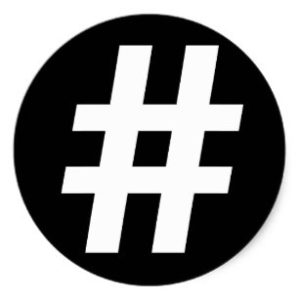 The hashtag (#), a symbol known by multiple names, has been used on Twitter since 2007 as a way to identify a keyword or topic of interest since 2007. The symbol prefaces the word or phrase without spaces, e.g., #dogs, #sorrynotsorry, #OscarsSoWhite, etc.

@UhhCasto sounds like someone is jealous that they didn't get hashtagged as someone's best friend.

Since then, use of the symbol has spread, specifically across social media, to indicate a trend or viral story. Important social and political movements, such as #MeToo and #BlackLivesMatter, have exploded from their hashtag campaigns.

The phrase get hashtagged can be found on Twitter as early as 2008, but it’s that latter hashtag, #BlackLivesMatter, that is key to the specific use of get hashtagged in the black community. Started after George Zimmerman was acquitted of shooting Trayvon Martin in 2012, #BlackLivesMatter is a social movement aimed at drawing attention to issues affecting the black community, especially police brutality against unarmed young black men.

The term getting hashtagged began appearing in online discussions about systemic racism by 2015, and came to be used more generally to refer to being wronged by the police by 2017.

Examples of get hashtagged

You’d get harassed. I’d get hashtagged
@DerrekChrist, October 2017
The other eye-opening piece of information concerns what types of meals get hashtagged the most often from state to state.
C.A. Pinkham, Jezebel, September 2014
Will we ever have just one week where a place won't get hashtagged? #PrayForFlorida 💔💔💔 My heart is with you, Fort Myers. ❤️
@khateebh08, July 2016
SEE MORE EXAMPLES

Who uses get hashtagged?

If someone or something gets hashtagged, it means the subject is worthy of attention, big or small, good or bad. Getting hashtagged indicates something is trending on social media or has gone viral.

me: *puts snap story of tropical smoothie mom got me*
mom: "I better get hashtagged for that"

On Black Twitter, however, getting hashtagged is a shorthand for when a black person is brutalized or killed by the police due to their blackness.

Has “(get) hashtagged” (meaning, be wrongfully killed by the police) been nominated for @americandialect #woty yet?

When incidents of such brutality occur, the names of people—often when they’ve been wrongfully killed—get hashtagged in outrage, remembrance, and activism of online.

Trump is tweeting his fury about the #JussieSmollett case.

Players of the online game Roblox also sometimes use getting hashtagged when the game blocks their profanity with hashtag symbols as a way to protect the game’s younger demographic.

I love it when kids get hashtagged on Roblox lol

This is not meant to be a formal definition of get hashtagged like most terms we define on Dictionary.com, but is rather an informal word summary that hopefully touches upon the key aspects of the meaning and usage of get hashtagged that will help our users expand their word mastery.

get gully
get laced
Home / Words / Slang / get hashtagged