What does google it mean?

Google it is an instruction, often humorous, to look up any given question on the leading internet search engine, Google.

Where does google it come from? 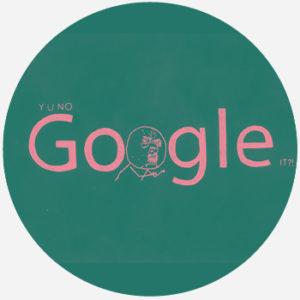 As PhD candidates at Stanford in 1996, Larry Page and Sergey Brin began collaborating on a search engine known as BackRub. When the project got big in 1997, it was renamed, and so google.com was born. The name Google alludes to googol, a number equal to 1 followed by 100 zeroes, and it reflects the founders’ desire to organize the massive amount of information available online.

As the internet gained more prominence, so too did Google. It gradually became the go-to internet search engine due to its performance and its distinct way of site ranking. It was so good, in fact, that by 1998, it had indexed 60-million pages. With such a short, catchy name, it was easy for Google to become its own full-fledged verb for “search the internet for information.”

The term google it itself has probably existed since at least 1998, as Page once wrote on a Google mailing list during that time “Have fun and keep googling!” A few years later, Google as a verb had become so useful that it was a nominee for the American Dialect Society’s 2002 Word of the Year.

Examples of google it

“In 2018 lets stop treating Facebook like google. “Do any of my fb friends know [how] many tablespoons are in a cup??” F*cking google It Stephanie”
@mhilly, January 2018
“Is it me, or have you noticed yourself telling your kids to "just Google it" when they have a question that you don't have the answer to.”
Alicia, Keep It Beautiful, November 2017
“Anyone else have a weird pain so you google it and it lists about 20 reasons why you could die for the same pain then ya start freakin? Cause same.”
@Saylorii, January 2018
SEE MORE EXAMPLES

Who uses google it?

Just about any typical internet user will find themselves uttering the phrase google it. It’s a versatile phrase that people use when presented a question, often about a factual matter that can quickly be resolved with a search online (e.g., “When was Michael Jackson born?”). The phrase is especially used during a friendly dispute over trivia.

Due to widespread familiarity, google is increasingly written in lowercase, despite originating as a brand name. People may use google it as a generic term for any search engine, though Google’s widespread use likely makes it the default.

One memorable use of google as a verb occurred in 2014 on the TV show Buffy the Vampire Slayer, wherein the character Willow asks Buffy, “Have you googled her yet?”

This is not meant to be a formal definition of google it like most terms we define on Dictionary.com, but is rather an informal word summary that hopefully touches upon the key aspects of the meaning and usage of google it that will help our users expand their word mastery.