What does guilty pleasure mean?

A guilty pleasure is an activity or piece of media that someone enjoys but would be embarrassed by if other people found out about it. These might be books, movies, TV shows, foods, etc. Generally the guilty pleasure is something that might be viewed as shameful by some people, like trashy novels or overdone rom coms.

Where does guilty pleasure come from? 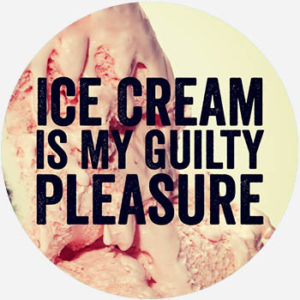 The exact phrase guilty pleasure has existed since at least the 1700s. Around this time, the phrase had a more shameful connotation and was pretty heavy on the guilty aspect. Since that time, the core meaning has stayed much the same; it’s something that a person enjoys greatly, yet makes them feel bad for indulging in. The concept slowly evolved to incorporate more activities that someone would not feel great about doing.

By the mid-20th century, the meaning related to media consumption began to take hold. It wasn’t always used in exactly the same way as it is now, though. At a that time, something could be done with a guilty pleasure. The guilty aspect began to soften and the feelings associated might be better described as indulgent. Sadly, indulgent pleasure isn’t quite as catchy.

“The Kardashian's aren't even my guilty pleasure anymore, I will openly admit I love that show”
scoobert doobert @ughsettled0wn Twitter (July 30, 2014)
“I swear Filipino romance movies are my guilty pleasure”
Clarisse @cwawissejoy Twitter (May 4, 2017)
“Because I have quite a sweet tooth, my biggest guilty pleasure would have to be toffee chocolates but do I have to confess that I’m partial to a kebab from Turkish Delight in Manchester.”
Rick Barlow, quoted by Kashmira Gander, “The guilty pleasure foods that chefs secretly love to eat,” The Independent, reposted by Business Insider (March 23, 2017)
SEE MORE EXAMPLES

The phrase guilty pleasure is generally used as a noun, though it could also be used as an adjective (people sometimes refer to guilty pleasure songs or movies). It’s a fairly common turn of phrase, since practically everyone has one. People usually use it to name a specific thing as their guilty pleasure. Whether or not something qualifies as a guilty pleasure could range by social group. One person’s prestige television show is another person’s guilty pleasure.

This is not meant to be a formal definition of guilty pleasure like most terms we define on Dictionary.com, but is rather an informal word summary that hopefully touches upon the key aspects of the meaning and usage of guilty pleasure that will help our users expand their word mastery.