Feedback
habibi
half your age plus s...

What does hakuna matata mean?

Hakuna matata roughly translates to “there are no troubles” in Swahili. The phrase was popularized in English by the 1994 Disney movie The Lion King, where it’s translated as “no worries.” It has a connotation of not worrying about things outside a person’s control.

Where does hakuna matata come from? 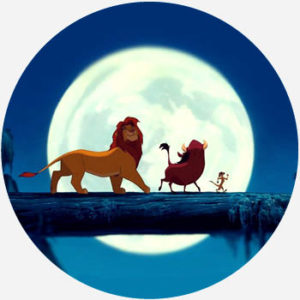 The origin of the phrase is Swahili. Hakuna means “there is/are not” or “no,” and matata is a plural form of “trouble” or “entanglement.” It can also be defined as “everything is okay.”

It is a tenet of the philosophy of Ubuntu. Hakuna matata tends to be used more commonly with tourists in this post-Lion King age, with Swahili speech communities favoring other expressions like hamna shida.

The phrase was used in the 1982 Swahili pop song Jamba Bwana by Them Mushrooms. This song was popular enough to be covered by a German band the following year. Though there have been other pop-culture uses of this term, the English-speaking popularity of the phrase and the “no worries” translation is largely linked to the The Lion King.

When not directly referencing the movie or Disney song itself, some English-speaking communities currently use it in a subtly distinct way that actually circles back to its original context (either intentionally or not). “When things got bad [my father]’d always say Hakuna Matata,” one person explains on Twitter.

English-speakers who use hakuna matata are often referencing the Disney movie. For those familiar with the movie, it’s hard to separate the phrase from that connotation, even when using it in a socially distinct way.

The context of using hakuna matata to help alleviate worry over a person’s problems and move on with life can be misunderstood by as an excuse for laziness, or not caring at all (an interpretation helped along by the lyrics of the Disney song).

The English-speaking use of the phrase is split, depending on level of understanding of the context and nuance. Some individuals joke that it is “the original YOLO.” This connotation of hakuna matata is a reference to the acronym that means “you only live once,” popularized by the rapper Drake. While this phrase is not new, its specific resurgence in current youth culture came with an interpretation and connotation of doing (often new or dangerous) things because life is short.

Disney has trademarked hakuna matata for the use on t-shirts.

This is not meant to be a formal definition of hakuna matata like most terms we define on Dictionary.com, but is rather an informal word summary that hopefully touches upon the key aspects of the meaning and usage of hakuna matata that will help our users expand their word mastery.