Feedback
hell to the naw
hickster

What does hey hey hey mean?

Hey hey hey! Check it out: Hey hey hey is a way of getting someone’s attention or announcing oneself, often used playfully and popularly known as the catchphrase of the cartoon character Fat Albert. It can also be used more sternly to call out bad behavior.

Where does hey hey hey come from? 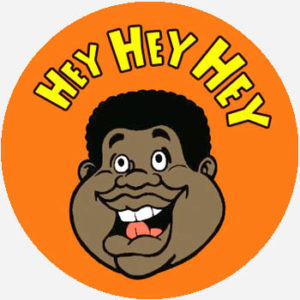 It all started with one …. as an interjection for, say, surprise or warning, hey is recorded in the 1200s (not common as an informal greeting like hello until at least the mid-19th century). Hey hey, besides doubling as a salutation, has been slang for such things as “a problem” and “sex” in the 20th century.

Then 1969 gave us a big man in a bright red sweater: Fat Albert. Hey, Hey, Hey, It’s Fat Albert was an animated TV special by comedian Bill Cosby based on his childhood friends, including Fat Albert, based on a real-life person who would cry out hey hey hey during a neighborhood game. 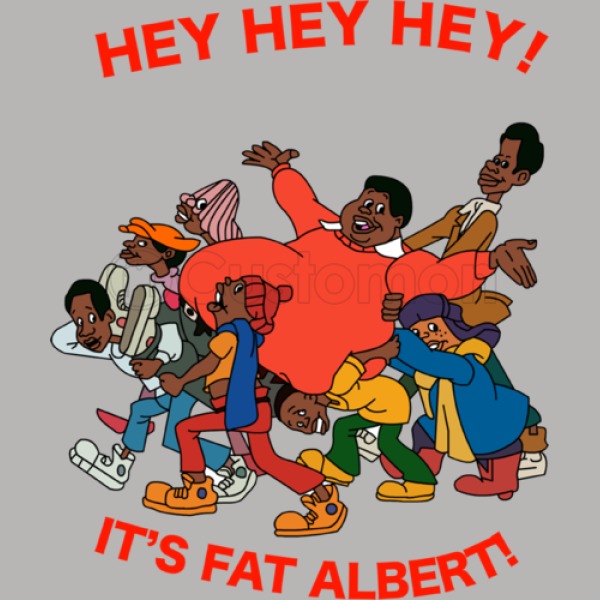 The show inspired the cartoon series Fat Albert and the Cosby Kids (1972–85), starring Fat Albert, whose catchphrase, Hey hey hey!, was a jolly emblem of the show, later imitated and alluded to in popular culture, including the 2004 live-action Fat Albert. During his 2017 trial for sexual assault, Bill Cosby brazenly issued the catchphrase he made famous, hey hey hey, after leaving court

In some instances, hey hey hey is used like hey there or hey girl, a sort of pickup line, or, more derogatorily, to mock the speech of gay men.

A different hey hey hey—a kind of reprimanding intervention—enjoyed some minor virality in January 2017 when a group of protestors disrupted a university library. One young man wasn’t having it, stepping in to tell them: “Hey, hey, hey. This is library.” It worked, and a YouTube video of the incident even earned some YouTube remixes.

Hey hey hey Pedophilia is not okay...
@LunaLoonatic, July, 2018
Hey hey hey- really big thanks to everyone saying lovely stuff about Ruby (the lady what I am pretending to be in @BBCCasualty) your support makes me feel like a happy person or something 😊👍❤
@maddy_hill90, July, 2018
Jurors wrapped up around 9 p.m. Tuesday, and as Cosby and his team left the courtroom, the comedian exclaimed, “Hey, hey, hey!” ― the catchphrase of his signature cartoon character Fat Albert. He voiced the character in “Fat Albert and the Cosby Kids” from 1972 to 1985...The exclamation came across as both unprovoked and out of place.
Jenna Amatulli, The Huffington Post, June, 2017
SEE MORE EXAMPLES

When not imitating Fat Albert or singing along to Katy Perry, hey hey hey is used as a fun, flirty greeting or a more forceful attention-getter.

Hey, hey, HEY!! That was a PetSmart you just drove by – turn around! 🐶❤🍖 pic.twitter.com/gMWGHhEELE

Online, people sometimes use hey hey hey when calling attention to some news, like dropping a new album or promoting a social-media account.

This is not meant to be a formal definition of hey hey hey like most terms we define on Dictionary.com, but is rather an informal word summary that hopefully touches upon the key aspects of the meaning and usage of hey hey hey that will help our users expand their word mastery.