What does how you doing mean?

How you doing is an informal greeting like How’s it going. It is most commonly known as the signature pickup line of character Joey Tribbiani from the sitcom Friends.

Where does how you doing come from? 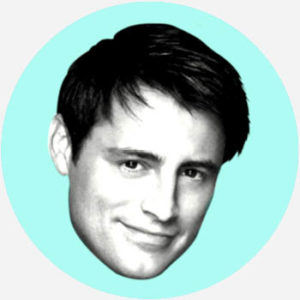 How you doing is a shortened form of the longer, more formal greeting how are you doing. Though almost certainly used in colloquial speech earlier, the salutation first appears in print in the 1940s and spreads in the 1970s. In the late 20th century, How you doing was popularly associated with New Yorkers of Italian descent—and pronounced more like how YOO dooin. These long U sounds, as well as the dropped final G, stereotype Italian-American accents. With this association, How you doin’ could convey an almost ominous, confrontational tone used by, in another stereotype of Italian-Americans, a mobster.

How you doin’ became a humorous pickup line, however, when Italian-American character Joey Tribbiani (Matt LeBlanc) used it in a January, 1998 episode of Friends, “The One with Rachel’s Crush.” In it, Joey teaches his friend Rachel how to confidently ask out a man she has a crush on by looking him up and down, smiling, and asking, How YOU doin’?, with a stress on the middle word. Rachel is skeptical that his plan will work, but after Joey successfully demonstrates the pickup line on another character, Rachel is convinced. Throughout the rest of Friends’ run on the air, the pickup line returns many times as a running joke.

Other popular figures have also used how you doing as a catchphrase, from New Jersey mobster Tony Soprano on The Sopranos to comedian and talk show host Wendy Williams on The Wendy Williams Show. For Williams, the omitted verb to be and dropped G are consistent with features of AAVE, though the phrase may also be influenced by her being native to New Jersey.

Examples of how you doing

Dear Morning... we are SO not friends anymore. I'm just sayin'. As for you, Coffee Maker... how YOU doin' hot stuff?
@jojogogojo, July, 2017
Fifty years after the original series ended its three-season run, and 20 years after Matt LeBlanc asked some sexy martians, “How you doin’?” (I assume), Lost In Space is coming back.
Josh Kurp, Uproxx, March, 2018
Tucker Penny sat at a tiny table against the wall with Cam Cahill. Tucker raised his beer in salute. "How you doin' tonight, ladies?"...Seeing no malice in his open grin, Katya waved before glancing to his sour-faced partner. A bit of malice there, maybe. She a Bree pulled out chairs and sat.
Laura Drake, Sweet on You, 2014
SEE MORE EXAMPLES

Who uses how you doing?

Today, how you doing is widely used in everyday speech as a way of greeting another person, albeit without a caricatured Italian-American accent and unusually unstressed ya for you. How you doing is also widely used as a genuine way of asking after the well-being of a person in conversation, true to the questions literal origins.

Outside these uses,  how you doin’ is most often used in reference to Joey’s pickup line from Friends, said in Joey’s Italian-American-stereotyped way. T-shirts, stickers, and other items featuring the phrase and Joey’s face or other references to the show are common in online stores. Even when the reference to the character isn’t made directly, use of how you doin’ as a pickup line was popularized by Friends. Especially in online contexts in which tone is hard to get across, the stylization as how you doin conveys the flirtatiousness of the phrase as Joey delivered it. Because the pickup line has become so ingrained in American culture, it is often panned as corny if actually employed in romantic interactions.

This is not meant to be a formal definition of how you doing like most terms we define on Dictionary.com, but is rather an informal word summary that hopefully touches upon the key aspects of the meaning and usage of how you doing that will help our users expand their word mastery.

hotwife
hugs and kisses
Home / Words / Slang / how you doing