Feedback
hurt locker
I can’t even

What does hypebeast mean?

A hypebeast is a mostly derogatory slang word for someone, usually a man, who follows trends in fashion, particularly streetwear, for the purpose of making a social statement.

Where does hypebeast come from? 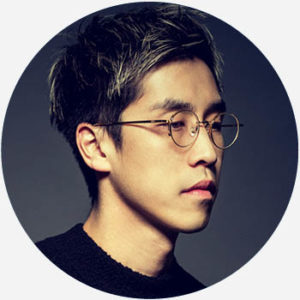 The term hypebeast, which emerged by at least 2005, is a blend of two terms: hype, or “extravagant publicity,” here of a hip, new article of clothing or trend, and beast, a slang term for a person who demonstrates exceptional skill, in this case describing the hypebeast’s enthusiasm for fashion. Early discussions of hypebeast, including the first Urban Dictionary entry from March 2005, associate hypebeast with late 1990s and early 2000s male sneakerhead culture. Sneakerheads are people, especially men, who collect expensive, brand-name tennis shoes.

In 2005, sneaker enthusiast and college student Kevin Ma created a website to document his fashion interests. He chose to call it Hypebeast after the slang term for a trend-chaser. It grew into a major taste influencer that now publishes news about fashion, entertainment, technology, and the arts, and sells trendy items for the fashion-forward. The website’s popularity may have helped preserve and expand the word.

“Ok so I am finishing 13 reasons and I just want to say the people hypebeasting it must not be very cultured in movies/television lol”
@wizardashley Twitter (April 15, 2017)
“If that's a shark hoodie or some other big statement piece then yeah, mixing and matching hype brands (even if one of them is just a beanie or something) is definitely way too hypebeasty imo and I wouldn't personally do it.”
Noctius Reddit (March 7, 2017)
“Over the course of the next year, my hypebeast gear started to draw cobwebs.”
Ben Fullon, “Confessions of a Recovering Hypebeast,” Racked (May 21, 2015)
SEE MORE EXAMPLES

While the website Hypebeast embraces the term, hypebeast tends to mock someone as an attention-seeking poseur. Hypebeast also tends to refer to men and male streetwear, though the website Hypebeast introduced Hypebae, a female-driven sister site whose name features the slang term bae, a term of endearment often applied to a significant other.

Hypebeast can also be used as a verb. It can simply mean “to act like a hypebeast,” as in to purchase a lot of expensive and popular clothing or to chase trends aggressively. While less common, the verb to hypebeast can also mean “to excessively promote something,” e.g. “Everyone’s hypebeasting the new album, so I hope it’s good.”

Hypebeast also spawned hypebeastiality, a slang term for a person who is romantically interested in hypebeast.

This is not meant to be a formal definition of hypebeast like most terms we define on Dictionary.com, but is rather an informal word summary that hopefully touches upon the key aspects of the meaning and usage of hypebeast that will help our users expand their word mastery.