What does ignant mean?

Ignant is a form of “ignorant” or “an ignorant person” in Black English. It’s a slang way of calling someone “stupid” or “ridiculous,” or saying “going wild and crazy.”

Where does ignant come from? 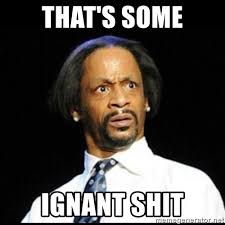 Evidence for ignant dates back to at least the 1940s based on a pronunciation of ignorant in Black English. It characterizes someone as ignorant in an extended sense of being “stupid” and therefore “foolish” or “contemptible” in some way. 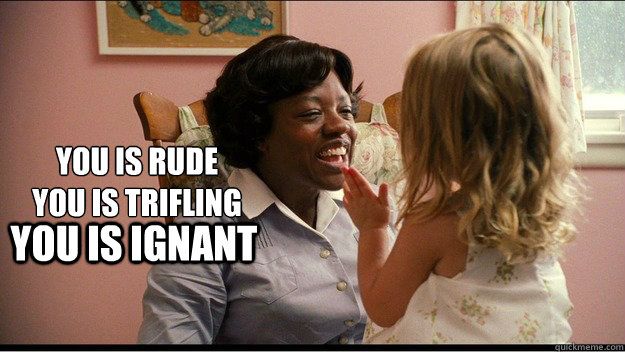 Ignant spread into the mainstream especially through popular black comedy and hip-hop. In his legendary 1996 stand-up Bring the Pain, comedian Chris Rock joked about how “ignant-ass niggas fuck it up” for regular black people.

One early use comes in Luniz’s 1997 song “Highest Niggas In The Industry”: “Ignant muthafucka wanna step to me, I wouldn’t hesitate to blast, biatch.” In 2009, Drake along with rapper Lil Wayne freestyle-rapped on a song called “Ignant Shit.”

In the early 2000s, ignant also took on more positive slang connotations: partying so hard one makes themselves stupid, as it were. This was popularized by the Black Eye Peas’ 2003 party anthem “Let’s Get It Started” where member apl.de.ap gleefully rallies: “Let’s get ignant, let’s get hectic!” That is, let’s get wasted. This use of ignant has pushed the term towards meaning “wild and crazy” more generally.

You should focus on different ways of seeking attention. You look and sound ridiculous. #ignant #daddysgirl #itsoktoruboneout
@WhinstonSmith, October 2018
The Krunk Komedy Tour promises to be an evening of Southern-fried rap along with downright ignant (not “ignorant”— ignant) stand-up comedy.
Craig D. Lindsey, CultureMap Houston, October 2018
You know, white people get money, don't spend it / Or maybe they get money, buy a business / I rather buy 80 gold chains and go ign'ant / I know Spike Lee gon' kill me, but let me finish
Kanye West, "Clique" (song), 2012
SEE MORE EXAMPLES

Calling someone ignant is usually reserved for pointing out behavior that is considered grossly misguided, indecent, or idiotic, that they’ve done something that could only stem from a lack of awareness or knowledge.

These people have to quit giving these kids rings for winning every U-trip tournament. #ignant

Ignant is most commonly associated with black slang. Note that saying ignant in Black English isn’t itself ignorant, as it is consistent with features of Black English’s grammar. Plus, we shorten and smush together words all the time, if we’re gonna go there. Now, using ignant to imitate Black English may be considered ignant if it’s appropriative or mocking.

This is not meant to be a formal definition of ignant like most terms we define on Dictionary.com, but is rather an informal word summary that hopefully touches upon the key aspects of the meaning and usage of ignant that will help our users expand their word mastery.