Feedback
in the meantime
ion

What does incel mean?

Short for involuntary celibacy, incel refers to an internet subculture of men who blame women for the fact that they are not having sex.

Where does incel come from? 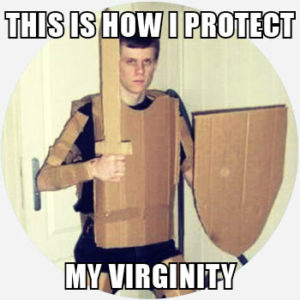 In 1997, a woman from Toronto thought to create an online community for singles who had limited experience with romantic relationships and sex. First, she needed a name. Identifying as bisexual, Alana knew the power of labels. She wanted a neutral designation for people like her that was less judgmental than terms like lonely virgin.

After considering late bloomer, perpetually single, and dating-shy, Alana landed on involuntary celibacy—people who aren’t having sex or intimate relations but not for lack of desire or effort. (Dating back to the 1600s, the word celibacy originally refers to the willing abstention from sex and marriage by priests, hence Alana’s distinguishing involuntary.)

That May, Alana launched Alana’s Involuntary Celibacy Project. By fall, she created an email list for members, shortening involuntary celibacy to INVCEL, which became incel for easier pronunciation.

Her project starting growing, though male members outnumbered females. After a few years, she handed over the reins and moved on. She lost contact with the incel community until 2014 when she was horrified to learn a self-proclaimed incel, Elliot Rodger, massacred six people and injured many more in Isla Vista, California.

The incel community had metastasized. In 2013, incels launched the subreddit r/incel, which eventually amassed over 40,000 members. On the message board, some took to calling all women sluts and embodying evil. Others accused women of denying them sex and blaming them for their perceived victimhood. Yet others advocated for rape and sexual violence against women, leading Reddit to ban the group in 2017.

Back in Toronto in April, 2018, a young man, Alek Minassian, plowed a van through a crowd, killing ten and injuring more. It was discovered that, prior to his attack, he posted a since-deleted message on Facebook pledging allegiance to the “Incel Rebellion” and its “Supreme Gentleman Elliot Rodger”—a second act of terror invoking incel.

Incel had gone from an inclusive, sensitive term for people sharing their experiences and struggles with love, sex, and relationships to the moniker for a virulently and violently misogynistic group.

For her part, Alana has launched a new project. She is calling it Love Not Anger.

WATCH: This Misogynistic Group Got Its Name From A Woman

I think now is the perfect time to pitch my show to FOX. It’s called “The Kids Are Alt-Right” where I play a single dad trying to stop his five INCEL sons from becoming domestic terrorists.

The group’s rules didn’t explicitly ban women, but state: “Those who continuously claim there are as many female incels in the same situation as male incels will receive a warning and then a ban. Most can agree that women can be incel in some rare situations such as extreme disfigurement, but their numbers do not come close to male incels.”

Calling the Incels a bunch of “virgins and frustrated losers with communication skills equal to that of an autistic potato” is oversimplifying the problem. Yes, they are all that. But why are they frustrated virgins? The real issue is that with the advancement of makeup, healthy at any size bullshit, feminism and through social engineering a lot of women have become detached from reality. The real reason these incels arn’t [sic] getting laid is because women with a sexual market value equal to theirs use makeup to go from a 3/10 - 7/10 (false marketing, in my opinion, and should be a punishable offense) to f*** with men above their league.

In general, the term incel has come to refer to a man who believes he is entitled to sex from women—and hates them for not giving him that sex.

Are you a fat incel addicted to shitty power fantasies? Have I got a movement for you! #ComicsGate

The online incel subculture is widely associated with extremely violent language against women, often overlapping with racist and alt-right ideologies.

“Incel” refers to “involuntary celibate,” essentially meaning that a person can’t get laid because of their looks/personality. The incels make up one segment of the broader “manosphere”, a collection of online masculinist communities that interplay with one another.

Their language features a range of jargon, such as Chad and Stacey but also femoid (a disparagement for a woman in general) and red, blue, and black pilling, slang for various stances towards mainstream (or normie) culture and “true reality.”

Incels have also developed many subsets, including volcels (voluntary celibates) and heightcels (men who are involuntarily celibate on account of being short).

Not all individual incels are misogynists, with some so identifying to physical, psychological, or other personal challenges—and with others attempting to turn incel culture away from its toxic masculinity back toward Alana’s original vision.

Steve Urkel is my favorite incel

Incels are frequently the target of mockery and derision, which ranges in its intensity.

I tried to join Incel but I kept accidentally getting laid.

This is not meant to be a formal definition of incel like most terms we define on Dictionary.com, but is rather an informal word summary that hopefully touches upon the key aspects of the meaning and usage of incel that will help our users expand their word mastery.