What does Irish twins mean?

Irish twins is a slang expression for siblings born less than a year apart from each other. While some people intend it affectionately, it does stereotype Irish culture, making it mildly offensive.

Where does Irish twins come from? 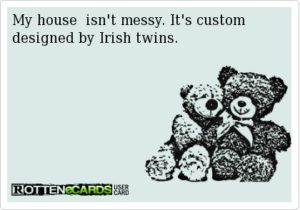 Irish twins can name actual twins … who are Irish. As a slang term, however, Irish twins dates back to at least the 1850s.

Early instances appears in American newspapers, suggesting the term coincides with the rise of Irish immigration to the US during the Great Famine—and xenophobic attitudes toward the newly arrived immigrants. 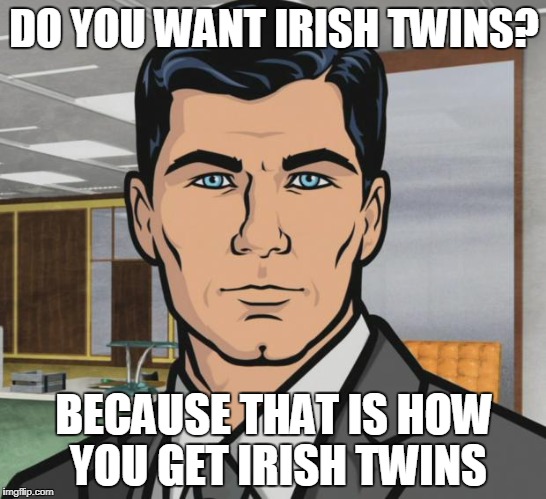 The expression comes from the stereotype that Irish families have a lot of children and have them close together. One writer in the 19th-century even called Irish women “excellent brood wives.” The stereotype may well be Protestant in origin, as Irish twins are also called Catholic twins—the Irish traditionally being Catholic and birth control historically forbidden. 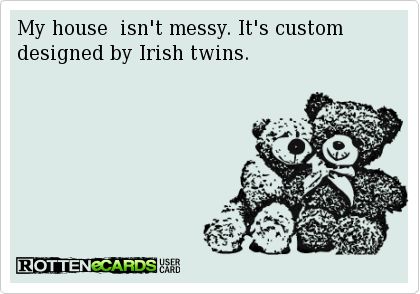 Since the 19th century, Irish twins has gone on to describe any siblings, whether they are Irish or not, born less than a year apart, give or take.

In 2008, Shiloh and Rider King Strong directed and starred in a short film called “Irish Twins” in which they play Irish twins and take their father’s ashes to Ireland.

I have Irish twins ... does that make me Irish😜🍀
@msmariapreda, March, 2018
Cat is outta the bag.... looking at a mama of future Irish twins over here! Baby #2 coming soon!
@jem_esq, July, 2018
We all know someone with a set of Irish twins and it looks like they're not just an Irish phenomenon...Australian soap star Christie Hayes has spoken about conceiving again shortly after becoming a mum for the first time.
Anna O'Rourke, Her, May, 2018
SEE MORE EXAMPLES

Some parents and baby bloggers from all walks of life use Irish twins matter-of-factly, even lovingly.

That said, because the expression stereotypes a nation and a religion, Irish twins is considered offensive …

… or at least problematic.

@InfieldSingle Heh. Around here, siblings born within a year of each other are sometimes called Irish twins. Offensive, but colorful.

Usually, Irish twins is used in the plural form, but occasionally it can be singular (e.g., I’m an Irish twin).

This is not meant to be a formal definition of Irish twins like most terms we define on Dictionary.com, but is rather an informal word summary that hopefully touches upon the key aspects of the meaning and usage of Irish twins that will help our users expand their word mastery.