What does jump out boys mean?

Sometimes carrying a derogatory tone, jump out boys is slang for “the police” or “law enforcement officers.”

get out of jail free card, thug life, Fourth Amendment

Where does jump out boys come from? 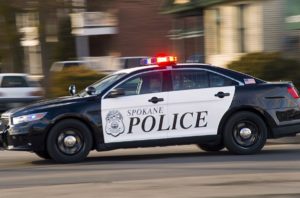 Appearing on Usenet forums as early as 1994 and entered into Urban Dictionary in 2006, jump out boys can refer to any law enforcement official, ranging from a police officer to an FBI agent. The name comes from the law enforcement tactic of jumping out to ambush victims, either catching them in an illegal act or surprising them before they can hide evidence.

The term supplied as the title of the 2008 action flick Jump Out Boys (also called Lords of the Street) starring DMX and Kris Kristofferson. Set in New Orleans, the film follows a Mexican drug lord as he escapes from prison to retrieve $15 million, all while trying to evade capture by two police officers. It was far from an Oscar contender though, earning a mere 4 percent on Rotten Tomatoes.

In 2013, members of a secret clique within the Los Angeles County Police Department known as the Jump Out Boys were fired after it was discovered that the group promoted aggressive policing and glorified shootings. In certain respects, the group looked more like a gang than a police force, tattooing their members with a skull wearing a bandana and holding a gun.

Examples of jump out boys 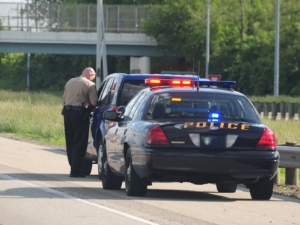 uk.businessinsider.com
Get behind stolen vehicle. Light it up, it takes off. Wreck. Jump and run. Two in custody and a gun recovered. Jump out boys doing work while you sleep!
@RoyalCityCop, January 2018
Dear Out of Towners: Do NOT praise DC police on how nice & cordial they are with u in these mass arrests. It’s NOT real. It’s NOT how young Black youth are treated in DC by Jump Out Boys. Wrote personally on this #StopKanavaugh #CancelKavanauagh
@ChuckModi1, October 2018
SEE MORE EXAMPLES

Who uses jump out boys?

While not always the case, jump out boys can carry a derogatory tone. Often the term is used by those who believe police tactics are overly aggressive and hurtful to minority communities.

What if the jump out boys had just left Keith Scott alone? This is what I mean when I talk about police *adding* disorder to communities.

This is not meant to be a formal definition of jump out boys like most terms we define on Dictionary.com, but is rather an informal word summary that hopefully touches upon the key aspects of the meaning and usage of jump out boys that will help our users expand their word mastery.