What does kaya mean?

Kaya is a slang word for marijuana closely associated with Bob Marley.

Where does kaya come from? 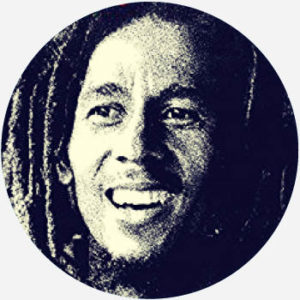 Kaya is Jamaican slang, in use since at least the 1970s. According to Green’s Dictionary of Slang, the etymology of kaya is unknown, but it seems to have a relationship with the Caribbean English word kayakiit, which is a form of medicinal herb.

Many English speakers living outside the Caribbean first heard the word kaya from Jamaican reggae artist Bob Marley, who often discussed marijuana use in his work. In 1971, Bob Marley and the Wailers composed a song called “Kaya” on the album Soul Revolution, which featured the chorus: “Got to have kaya now / For the rain is falling.” In 1978, they released the album Kaya, which included a reworked version of the track from Soul Revolution, which further popularized the term kaya among his fans into the 1980s.

Among non-Caribbean English speakers, however, kaya seems to be less common than other slang words for marijuana. It may be that the word has not entered general use among people who aren’t familiar with either Bob Marley’s music or with Jamaican slang.

“i feel so bad for people that don't live here. Our cops smoke kaya with us. their cops just arrest them for kaya and shit lol”
@RealJimmiStone Twitter (February 6, 2014)
“If we kan smoke kaya listen to Bob Marley Tupac and lauryn hill and talk about ideas just talk period aaaaaahhhh you're perfekt.”
@LHyperion Twitter (September 23, 2017)
“City staff says the issue of whether to pull the Kaya clinics [sic] licence might come before council… and that means local politicians may have to wade into the thorny issue of where medical marijuana can legally be sold.”
Kelly Hayes, “Downtown Kelowna marijuana dispensary in limbo,” Global News (January 8, 2017)
SEE MORE EXAMPLES

As a slang term for marijuana, words like weed or pot remain more widespread than kaya. Still, kaya is used in naming marijuana-related businesses and activities. One notable use of kaya is Kaya Fest, an all-day music festival created to promote awareness of the uses of cannabis, particularly the medical benefits.

An unrelated use of kaya refers to a type of coconut jam popular in South Asia and the Pacific.

This is not meant to be a formal definition of kaya like most terms we define on Dictionary.com, but is rather an informal word summary that hopefully touches upon the key aspects of the meaning and usage of kaya that will help our users expand their word mastery.