What does let's go mean?

Let’s go is an expression variously and widely used to take leave, show excitement, cheer, express impatience, or challenge someone.

Where does let’s go come from? 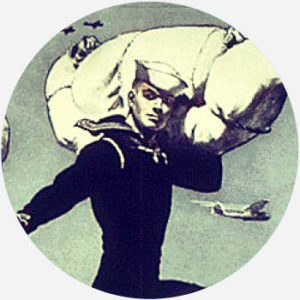 Let’s go is a contraction for let us go, a phrase long used in English speech. Evidence for let’s go can be found as early as 1615 in Shakespeare’s Comedy of Errors: “Now let’s go hand in hand, no one before another.” As Shakespeare’s use suggests, let’s go begins more literally as a polite request to head toward or do something. It has since become extremely common in speech and writing, widely appearing in the construction, let’s go (back/over/down) to somewhere (e.g., let’s go back to my place or let’s go to Hawaii). It’s also frequently used in verbal constructions (e.g., let’s go ride bikes, let’s go dancing, or let’s go watch the fireworks).

As a phrase on its own, leaving the intended destination or action implied by context, let’s go has developed a range of meanings. Its use to mark departure from some place is found in the late 1600s. This let’s go can also convey impatience, commanding people “to get a move on,” as when a parent tells dawdling children: “Let’s go! You don’t want to be late for the bus.” Let’s go is also issued as an exclamation communicating eager willingness to engage in some activity. A friend might ask another out for ice cream, meeting with the response: Let’s go!

Since at least the mid-1900s, let’s go has rooted on sports team (e.g., Let’s go, Yankees! Let’s go!). The chant originally implies let’s go (score some runs), say, but has since evolved as a general way to cheer on or support someone in any kind of contest. This let’s go may also be intended to be motivational, used, for example, if a boss is attempting to get his employees to work harder or faster.

Let’s go can also be another way to say bring it on, as in welcoming a new challenge, such as a new year or new job—or even threatening someone to “take it out back” and fight (e.g., You wanna fight? Let’s go). These uses date back to at least the 1940s, when the US Navy encouraged enlistment in a 1942 poster featuring a soldier captioned Fight, Let’s Go! Join the US Navy.

Let’s go is widely used in both speech and writing. It’s often encountered when someone is cheering, getting people to leave or perform some task, or when accepting or issuing a challenge. To represent its pronunciation in everyday speech, let’s go is sometimes informally written as lezgo or lessgo, often connoting either a casual or exasperated “Time for us to leave.”

The expression is so familiar it’s featured in the titles of popular books. A popular travel-guide series is called Let’s Go (e.g., Let’s Go Italy), for instance, as is a series of English literacy schoolbooks from Oxford University Press.

Well-known musical artists have also used let’s go in their work, as just one other example, including Prince’s “Let’s Go Crazy” single off his 1984 Purple Rain album. Let’s go was incorporated throughout the song in reference to getting excited and having a wild time: “Let’s go crazy, let’s get nuts.”

This is not meant to be a formal definition of let’s go like most terms we define on Dictionary.com, but is rather an informal word summary that hopefully touches upon the key aspects of the meaning and usage of let’s go that will help our users expand their word mastery.