What does litty mean?

When something is exceptionally great, intense, and fun, as a party, it can be described as litty, similar to other slang terms like dope, turnt, or poppin’. Litty often carries intoxication.

Where does litty come from? 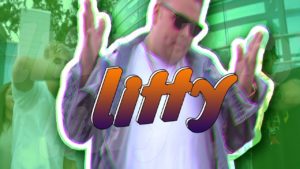 Litty is a variant of the slang lit, “excellent, exciting.” As we note in our entry on it’s lit, lit is based on the past tense of the verb light and, as a slang term of various meanings, dates back to the early 1900s.

The slang lit first meant “intoxicated or high,” perhaps because one’s appearance or behavior was perceived as lit (or “lighted up”) when they were under the influence. By 1999, the term was evolving to mean “excellent” (cf., hot or cool). Popular sites like Urban Dictionary introduced the term by early 2009, with litty entered by 2016.

Litty is a playful variation of lit, often initially defined as “extremely lit,” that is, exceptionally great, happening, or drunk/high. Parties, going to the club, hanging out with friends, and hooking up are all often described as litty.

In October 2016, hip-hop artist Meek Mill released the mixtape DC4, featuring the track “Litty,” which uses litty in its chorus to celebrate a life of luxury and success. “Litty” peaked at #14 on the Billboard rap charts. The popularity of the album and song helped popularized the term litty.

Litty also made an appearance in the 2017 song and video “It’s Everyday Bro” by the massively popular YouTube creator Jake Paul. The song boasts about a life of luxury and partying.

Other notable instance of litty in pop culture include the 2018 Tory Lanez song “Litty Again” (a freestyle over “Litty,” whose chorus Lanez recorded) and the early 2019 nickname for the Sacramento Kings LITTY Committee, a group of players known for hyping up the crowd before tipoff by dancing.

last day of my internship n izzy took 10 days off. as the kids would say, we're about to be so shooketh n litty :-)
@itsfreakingkimi, September 2017
waking up to an email from your professor that they postponed your exam that was originally supposed to be the day after valentine’s day #litty
@danihojnicki, February 2019 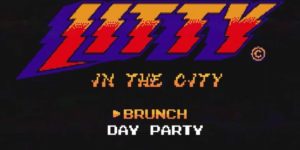 Litty is popular in youth and hip-hop slang. Parties, nights out, or other events (involving the use of drugs and alcohol) are often described as litty. Litty is also often used of live performances that were exciting or a good time. Sometimes the fire emoji 🔥 is included when used on online. Litty titty is a rhyming phrase used to characterize something as extremely litty.

Other things aside from going out can be litty as well. As long as something is considered “excellent,” litty can be used. Eating a really good taco? Litty. Seeing some attractive boys? Litty. Going on vacation? Litty.

Bae made Tacos its litty

So many hot guys. It's litty.

Canada was LITTY for @DJPaulyD 🇨🇦 next stop NYC 🍎🗽 pic.twitter.com/SyNVgfoNjj

This is not meant to be a formal definition of litty like most terms we define on Dictionary.com, but is rather an informal word summary that hopefully touches upon the key aspects of the meaning and usage of litty that will help our users expand their word mastery.