What does mafa mean?

We have had it with these mafa snakes on this mafa plane! Like mofo and muhfuh, mafa is a shortening of the slang, motherfucker.

Where does mafa come from? 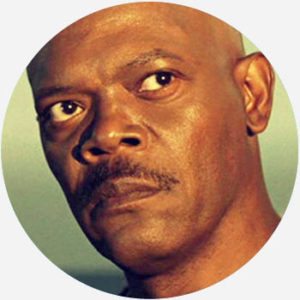 The slang motherfucker was created in the early 1900s, with motherfucking beginning in the 1890s. While both of these terms began as extremely offensive insults, they eventually became positive descriptors in Black English for something “badass” by the late 1950s.

Mofo, as a shortening for motherfucker, is found by the 1960s. Its form is probably due to a couple factors. The first is pronunciation in Black English, which often drops unstressed, final R sounds. The others? Probably euphemism and censorship.

Mofo takes its spelling from the O in mother, though in actual speech, many people would more likely pronounce a quicker, more casual motherfucker like muhfuh (which can be seen in hip-hip lyrics) or mafa, which is probably meant to represent the same sound.

Hungry,,,,I know one of you mafa cooked sumthin this morning

Thrill-master Stephen King notably featured a version of mafa, mahfah, in The Drawing of the Three, his 1987 installment of his Dark Towers series. The novel features a split-personality black Civil Rights activist, Detta Walker, whoe King attempts to give dialect. Soon after, Usenet chatters noted the term in the 1990s.

Mafa spreads further online in early 2000s—oh, the internet. We can find mafa on a 2003 message board (about, of all things, kite-flying) where a user euphemistically substitutes it for motherfucker in song lyrics. Urban Dictionary enters mafa by 2005 and people were mafa’ing on the likes of Twitter by the 2010s.

Interestingly, we see mafa overtake mofo in Google Trends search interest in the 2010s, but this is likely due to Mafa Games, which offers dress-up and makeover games for young girls online.

mafa you crazy vhaa😂😂😂😂
@AvumileLufundo, June, 2018
"MAHFA! HONKY MAHFAH!" Detta screamed, and Roland saw her raise her gun a second time.
Stephen King, The Drawing of the Three, 1987
God damn,should i listen to everybody or myself? Coz myself just told myself,you'r the mafa'ing man,you dont need help #allme
@sheku_sleep_41, August, 2013
SEE MORE EXAMPLES

Mafa can insult. It can praise. It can be a noun. It can be verb. It can be an intensifier (e.g., mafa is one mafa’ing versatile word). True to its roots, it’s more commonly seen among black internet users, and, because it’s a more euphemistic shortening, it skews positive, standing in for “person,” especially a person someone likes and is close to.

@the_mafisto happy new year Mafa. u 1 of my homiez mane. Follow back plzz

Mafa is not to be confused with MAFA, an acronym for the MidAtlantic Fiber Association, or the Mafa, an ethnic group from Nigeria and Cameroon. Also, don’t confuse it with the Trumpian MAGA, or Make America Great Again, though the not-uncommon MAFA typo is pretty mafa’ing amusing.

This is not meant to be a formal definition of mafa like most terms we define on Dictionary.com, but is rather an informal word summary that hopefully touches upon the key aspects of the meaning and usage of mafa that will help our users expand their word mastery.