What does Mandela Effect mean?

The Mandela Effect refers to when a large number of people share a false memory, originally attributed to the existence of multiple universes.

Where does Mandela Effect come from? 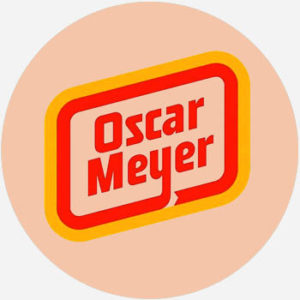 In 2013, the former president of South Africa and anti-apartheid revolutionary Nelson Mandela died at age 95 of a respiratory infection. Yet in 2010, paranormal writer and researcher Fiona Broome recalled having memories of Mandela dying during his imprisonment in the 1980s. At Dragon Con that year, Broome discussed this topic with a security manager, and found that many others shared the same false memory, which they named the Mandela Effect and extended to other “alternate memories,” as Broome calls them. Broome launched the website www.MandelaEffect.com shortly afterward.

The Mandela Effect is similar to the psychological concept of confabulation, involving various forms of memory falsification. However, believers in the Mandela Effect, sometimes citing quantum mechanics, think a shared false memory is evidence of parallel universes that have intersected or slid into each other, such that those who remember Mandela’s death in the 1980s are simply remembering events that occurred on a timeline in another reality.

The Mandela Effect gained popular attention in 2016 when a story went viral concerning the children’s book series the Berenstain Bears. As discussed as early as 2012 on a blog post, many people had believed that the bear family’s surname was always spelled Berenstein, with three E’s though it’s actually Berenstain, with an A in the last part of the name. Though most believe this misremembering has more to do with the unusual spelling and hazy memories, some believers in the Mandela Effect suggested their collective alternate memory pointed to parallel realities, home to a Berenstain family and a Berenstein one.

“I feel like my personal #MandelaEffect is me being from a universe where everyone says 'lately' and now I'm stuck in 'as of late' universe.”
@YlemXyz Twitter (May 22, 2017)
“Whenever you get lyrics wrong just blame the mandela effect”
@Poshboy97 Twitter (May 16, 2017)
“People on forums continue to be confused about why they can’t find anything about her or anything else from this mythic ‘alternate’ Street Sharks series. They must seriously be feeling the Mandela Effect.”
Jordan Minor, “How I used lies about a cartoon to prove history is meaningless on the internet,” Geek.com (May 26, 2016)
SEE MORE EXAMPLES

Numerous other collective confusions in popular culture are referred to as examples of the Mandela Effect. For example, many misremember Darth Vader’s famous line in the Empire Strikes Back as “Luke, I am your father,” though he actually says, “No, I am your father.”

While there are certainly true believers in the phenomenon, uses of the Mandela Effect are generally humorous examples of popularly misremembered brand names or logos, and are not presented as evidence for multiverses. As for why many people remember something that never happened, psychology has many explanations for inaccurate memories, including confirmation bias and the influence of misinformation.

This is not meant to be a formal definition of Mandela Effect like most terms we define on Dictionary.com, but is rather an informal word summary that hopefully touches upon the key aspects of the meaning and usage of Mandela Effect that will help our users expand their word mastery.