What does moonbat mean?

A moonbat sounds more like some something from a science-fiction novel than a political insult for people with left-leaning political views. In fact, that’s exactly where the term comes from …

Where does moonbat come from? 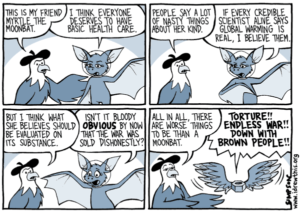 Moonbat was first used by author Robert Heinlein in his 1947 story “Space Jockey” as the name of a space vessel flying to the moon.

In the mid-1990s, the Japanese clothing label MoonBat took the moniker, getting press when they sponsored a 64-day California-to-New Jersey ultra-marathon called the MoonBat Transcontinental Footrace.

The rise of moonbat as a political slur can be attributed to conservative political commentator Howie Carr, who first used it in a Rocky Mountain News article in 1996. It’s possible he might’ve been inspired by California governor Jerry Brown, sometimes ribbed as Governor Moonbeam. 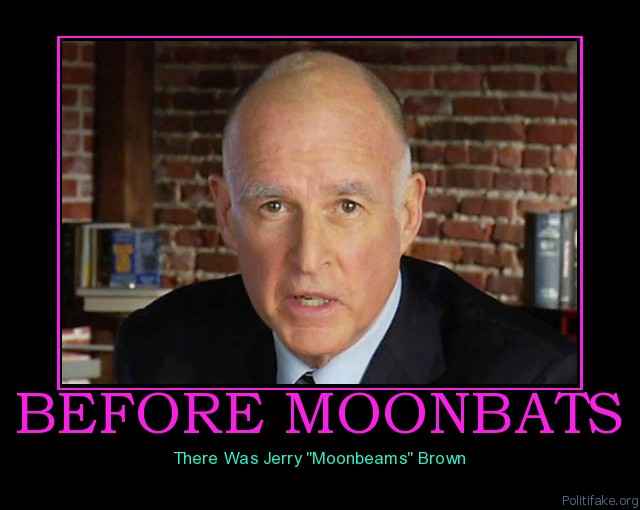 The moon in moonbat suggests loony or lunatic, which comes from the Latin word for “moon.” The bat calls up the slang batty and batshit crazy.

The phrase was popularized at the end of the 1990s by a libertarian blogger, Perry de Havilland, who referred to political extremists, both left and right, as barking moonbats. As the term continued being used by Carr and other right-leaning pundits, moonbat became exclusively associated with liberals—an equivalent for the liberal-slang wingnut, which generally refers to extreme conservatives.

Though moonbat can insult anyone on the left, it’s especially used for those who lean toward systems such as democratic socialism, which is more liberal than the Democratic establishment.

Moonbat is a mild pejorative for anyone who has liberal, progressive, or leftist political opinions (i.e., the “looney left” with their crazy ideas). 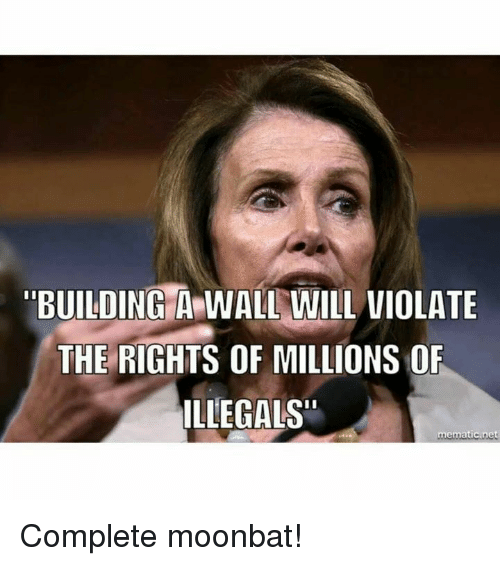 The term is closely associated with Howie Carr, who insults liberals as moonbats as a sort of signature diss. Carr defines it simply as being “a liberal.” Carr’s fans often use the term as a mocking way to describe liberal opponents.

Celebrity chef Anthony Bourdain dead at 61 https://t.co/YmPhhOPbdI via @BostonGlobe I ONLY MET HIM ONCE, HE WAS A CRAZY MOONBAT BUT I ENJOYED HIS COMPANY… HE WANTED A DRAFT 'GANSETT SO I TOOK HIM TO REGINA'S AT THE ALLSTON DEPOT!

This is not meant to be a formal definition of moonbat like most terms we define on Dictionary.com, but is rather an informal word summary that hopefully touches upon the key aspects of the meaning and usage of moonbat that will help our users expand their word mastery.