Everything After Z by Dictionary.com
Previous Word mula
Next Word Murica

What does munter mean?

Munter is a British insult for a person, often a woman, who is considered extremely ugly.

No offence to the actor but Spock's a total munter in the new Star Trek
@naebD, March 2019
A sexist police sergeant has kept his job despite being found guilty of misconduct for referring to a female job hunter as an "ugly munter."
The Daily Telegraph, November 2016 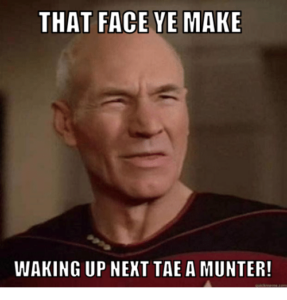 Where does munter come from? 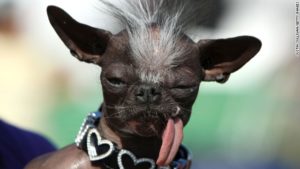 The British munter, first recorded in the 1990s, has an unknown origin, but there are several theories.

One is that munter comes from the Scottish-derived slang minger (“a stinker, stupid person”), also recorded in the 1990s. Another supposes munter came from the early 20th-century South African slang munt or muntu, a racial slur for black South Africans. Yet another theory connects it to British, Australian, and New Zealand slang munted, “intoxicated” or “destroyed.”

Discussions in the 1990s on a Usenet rave forum supports the munted theory. Users identified munter as early 1990s British student slang for a “drug user.” How munter went from “drug user” to “ugly person” is unclear, though it isn’t too hard to draw a line from “intoxicated” to “unpleasant.”

By the 2000s, munter was established as coarse British slang for an “ugly person,” especially a woman, with various colorful, shall we say, descriptions of what a munter looks like on Urban Dictionary.

When you hear munter, expect the speaker to be British. And, expect the object of the insult—often women—to be considered very unattractive. We wouldn’t recommend using it willy nilly.

Smell some unreal perfume turn around and she’s a munter 😭

And I was right yall he’s a right munter

Munter is also sometimes used to humorously describe other hideous things, such as animals or cars.

Has to be this Williams with the infamous walrus nose!..An absolute munter of a car! #bbcf1 pic.twitter.com/W1sK9CxwMH

This is not meant to be a formal definition of munter like most terms we define on Dictionary.com, but is rather an informal word summary that hopefully touches upon the key aspects of the meaning and usage of munter that will help our users expand their word mastery.