What does nasty girl mean?

Where does nasty girl come from? 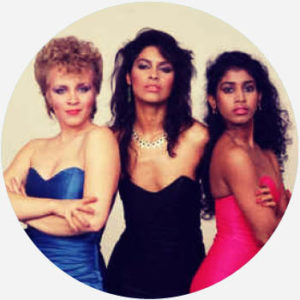 In the late 1300s, nasty described something as “filthy.” By the 19th century, nasty was widely characterizing people as “irritable” or “contemptible.” We can find nasty applied to girl since at least the 1700s, negatively describing young women as “mean” or “lewd”—and in early 1800s slang, positively describing them as “excellent” or “very attractive,” just as bad has colloquially come to mean “good.”

A related form, nasty woman, created a major stir in 2016 when candidate Donald Trump called Hillary Clinton “such a nasty woman” during a presidential debate. This nasty woman—widely perceived as sexist and drawing on a history of using nasty to dismiss women when speaking up to men—became a feminist rallying cry around the country and even the world, notably used in protests and slogans for the historic Women’s March on January 21, 2017. asty woman was often paired with Janet Jackson’s 1986 song “Nasty,” which variously riffs on nasty boys.

Another form, nasty gal, inspired Nasty Gal, a US fashion brand for young women. Reclaiming the historical derision of nasty girl, founder and former CEO Sophia Amoruso started Nasty Gal company in the early 2000s selling vintage clothing on eBay before shifting to fast-fashion in 2008. In 2014, Amoruso wrote a memoir about the experience, #Girlboss, optioned as a one-season show on Netflix in 2017.

Nasty woman and nasty gal both have helped make nasty girl a positive self-identifier for a self-empowered woman who isn’t afraid to speak up or break the stereotypically submissive feminine mould.

Breaking News: Crooked Hill is a Nasty Girl
Diamond and Silk, YouTube (title), October, 2016
a big F U to the guy that tried stealing the tip jar AND to the nasty girl that left her underwear in the bathroom
@Lil_GingerSnapp, April, 2015
I love my good morning wake up calls from the baby daddy he makes my day, so i try to make his day with all my nasty thoughts 😏 😜 #thatgirl #showinglove #nastygirl
@kaenique_, March, 2018
SEE MORE EXAMPLES

If a man calls a woman, particularly a peer, a nasty girl, it is widely seen as sexist, as the phrase is often used when women voice strong opinions. As noted, especially since the election of Donald Trump, some young women have reclaimed the label nasty girl for themselves as an expression of pride and confidence. They may cheer a fellow woman as a nasty girl, for instance, if she speaks truth to power. Conversely, supporters of Trump may use nasty girl to insult female critics of him, still including Hillary Clinton.

In colloquial speech, a nasty girl is sometimes used by both men and women to criticize a woman who has engaged in some disgusting or rude behavior (e.g., conspicuously littering or belching loudly in church).

In slang, a nasty girl appears in everything from hip-hop music to pornography to bedroom talk for a kinky, sexually adventurous woman.

This is not meant to be a formal definition of nasty girl like most terms we define on Dictionary.com, but is rather an informal word summary that hopefully touches upon the key aspects of the meaning and usage of nasty girl that will help our users expand their word mastery.