Nawf is a dialectical pronunciation and spelling of “north,” commonly associated with Black English. The popular rap group Migos to refer to north Atlanta, Georgia as the Nawf.

Where does nawf come from? 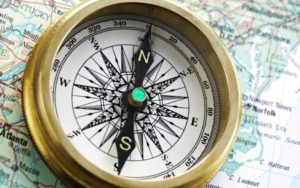 North, of course, is one of the four cardinal directions. In some dialects of English, including Southern English and Black English, north is pronounced like norf, a common feature of those overlapping dialects to treat th sounds as an f or v.

Nawf doesn’t emerge online until 1998, in a Texan Usenet group in which a user proudly referred to north Houston as nawfside (northside). In an Irish Usenet group, however, nawf was used to mock a Southern US accent.

Nawf began to spread in popular culture thanks to hip-hop, ever partial to spelling words as they are pronounced (e.g., mouf for mouth). Rapper Slim Thug used nawf to refer to the same north Houston, Texas neighborhood in Chamillionare’s 2004 song, “Still Tippin’ 2.” Into the 2000s, nawf was occasionally used for various northerly locations by social media users from the American South.

Oh yeah i forgot. ian and i rep the nawf side

Nawf takes off in popular culture thanks hip-hop trio Migos’ 2016 hit song “Bad and Boujee.” In the song, the rappers boast are from the Nawf, or north Atlanta, specifically the city of Lawrenceville in Gwinnett County. Although “Bad and Boujee” gave nawf national attention, Migos had favored the term since at least 2012.

#Salute everybody who came out to our show last night. @alleyboydte and da mob came and fuckd wit the NAWF!! 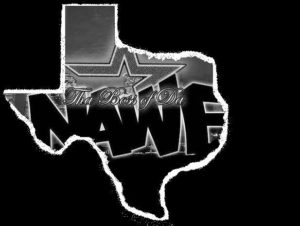 CoolChaser
Migos hails from Gwinnett County, Georgia, which, because of its wealthy white suburbs outside the perimeter, isn’t regarded as Atlanta proper. Migos haven’t shied away from that fact. But before they’d put the Nawf on the map, in their parlance, Migos first took cues from in town.
Christina Lee, Rolling Stone, September 2017
Y’all Stop Eating That Fake LOTUS , The Real LOTUS is on the NAWF side 💯💯
@kenteriouss, October 2018
SEE MORE EXAMPLES

After Migos’ success, other residents of Gwinnet County (and the greater north Atlanta area) took to using the Nawf to rep their home.

The nawf ain’t nothing like the north bro. Smh this place is like dry unseasoned chicken, Gwinnett a nice juicy fried hot lemon pepper wing

Gotta love the Marietta Hawks 😂😂 But for real I love my city 🤟🏽😎 #Nawf https://t.co/inr1kPXS0x

Nawf is also used to refer to northern sections of cities, especially in the South or to the northerly directions more generally. It’s especially associated with colloquial black speech and writing. It may be considered appropriative for non-black people to adopt it.

It’s important to note that pronouncing north as nawf isn’t due to ignorance but is consistent with the complex grammar of Black English.

This is not meant to be a formal definition of nawf like most terms we define on Dictionary.com, but is rather an informal word summary that hopefully touches upon the key aspects of the meaning and usage of nawf that will help our users expand their word mastery.