What does negging mean?

Negging is the practice of giving backhanded compliments and generally making comments that express indifference toward another person (usually a woman) in an attempt to seduce that person.

Where does negging come from? 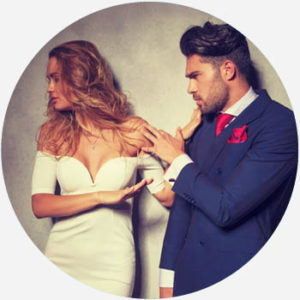 The earliest online examples of the word negging appear in the late 1990s. The term originated in the pick-up artist community, where men teach each other tips and tricks on how to seduce women. It’s a shortening of the phrase “negative comments.” Neg can be used as a noun or a verb.

By 2008, negging became mainstream enough for women-oriented sites like Jezebel and The Frisky to write articles about it. In May 2012, Google Trends searches for negging spiked, likely due to the XKCD comic on the subject.

Even before its mainstream spread, the exact definition of negging was the subject of debate in the pick-up artist community. Some argued that negs were a negation of interest, while others thought that negs were the actual negative comments made to women.

However, as these community members admit, the “negating interest” sense is a much less used definition in comparison to the “minor insult” use.

“This is so true and I have also fallen victim to over Negging, unintentional of course, I just need more practice. If you insult a woman it will get you nowhere, keep it playful!”
matt8oy Puaforums (Feburary 16, 2010)
“The problem with negging (whether it's done as part of formal PUA technique or not) is that it's rooted in men's suspicion that too many women think too highly of themselves.”
Hugo Schwyzer, “Dude, Don't "Neg",” Jezebel (May 31, 2011)
“In The Game, Neil Strauss paints a pretty cool picture that displays Negging as the one thing guys have been missing for so many years that can almost immediately transfer the weight and leadership of a seduction.”
Gareth Jones, “Negging: You're doing it wrong.” The Gareth Jones (July 5, 2011)
SEE MORE EXAMPLES

While understanding of the term has gained mainstream attention, usage in a positive and more nuanced context largely remains within the pick-up artist community.

While the word itself is a neutral term not originating in or intending to be pejorative, critics of the term and the practice behind it call negging misogynistic.

This is not meant to be a formal definition of negging like most terms we define on Dictionary.com, but is rather an informal word summary that hopefully touches upon the key aspects of the meaning and usage of negging that will help our users expand their word mastery.