Feedback
NIFOC
no face, no case

What does no cap mean?

The expression no cap is slang meaning “no lie” or “for real,” often used to emphasize someone is not exaggerating about something hard to believe.

Where does no cap come from? 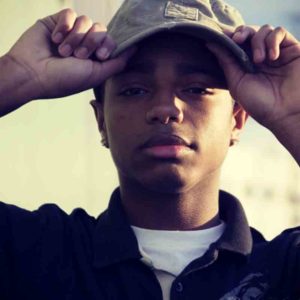 In Black slang, to cap about something is “to brag,” “to exaggerate,” or “to lie” about it. This meaning of cap dates back to the early 1900s.

History lesson: In the 1940s, according to Green’s Dictionary of Slang, to cap is evidenced as slang meaning “to surpass,” connected to the ritualized insults of capping (1960s). These terms appear to be rooted in the sense of cap as “top” or “upper limit.”

So, no cap has the sense of “no lie,” “no joke,” “for real,” or “not bragging.” The expression is closely associated with slang in Atlanta-area hip-hop. It appears on Twitter by at least 2012, though it was almost certainly in use in spoken English before then.

No cap was popularized in 2017 when Atlanta-based rappers Young Thug & Future released the track “No Cap.” In the song, the rappers boast about all the wealth and swag they’ve acquired, no cap, including clothes, cars, and jewelry.

Calling back to the slang cap‘s roots, no cap can also more generally mean “no limit,” with cap here meaning “a maximum” and often referring to prices or money. For example, some professional athletes have no (salary) cap on how much they can be paid.

Is no cap the best slang word in English? Vote in the Dictionary.com March Madness Slang Bracket contest!

Examples of no cap

no cap i miss being in love
@xoraelynxo_, February, 2019
There is no cap on the price of tickets for home supporters, comprising 90% of the seats in stadiums.
David Conn, The Guardian, February, 2019

Who uses no cap?

The phrase no cap is used for emphasis, not unlike “literally” or “no joke.” While it begins as a way to stress something isn’t being exaggerated, it, ironically, has evolved as a way to flex just how great someone thinks something is.

No cap but Mexican dads are fucking best🙏🏼😭 https://t.co/hHDYvKKN77

It is especially popular on Black Twitter, especially after “No Cap” was released in 2017. No cap remains closely associated with hip-hop culture. Sometimes, no cap is creatively written in emoji as 🚫🧢 or 🙅🏽🧢.

People also use no cap to mean “without limits” (e.g., There is no cap on how many texts you can send with most phone plans these days.) Although there is a cap on how long you can trick small children apparently …

I tell my kids that every time they do a chore, I put a dollar into the ‘hamster fund,’ cuz they really want hamsters. The best part is that there is no cap to this fund. I can do this forever or until they realize I’m an asshole.

This is not meant to be a formal definition of no cap like most terms we define on Dictionary.com, but is rather an informal word summary that hopefully touches upon the key aspects of the meaning and usage of no cap that will help our users expand their word mastery.