What does noice mean?

Noice, or nice pronounced with an exaggerated Australian accent, is a synonym for awesome. This spelling is helpful for internet users to convey the pronunciation in text.

Where does noice come from? 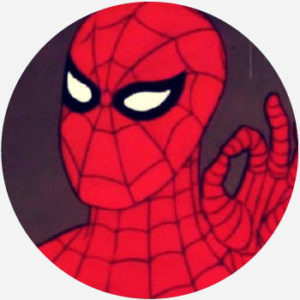 The exact origins of noice as a form of nice are unclear, as noice is a written representation of nice spoken in a British (particularly Cockney or Norfolk) or Australian accent. Charles Dickens wrote some characters saying nice as noice (“’Ye be noice chaps,’ said John, looking steadily round. ‘What’s to do here, thou yoong dogs?’” Nicholas Nickleby, 1838), and contemporary writers use the same spelling to indicate, if not stereotype, an Australian accent (such as the catchphrases of adventurer Steve Irwin and comedic Kath and Kim).

Despite noice’s commonness in British and Australian English, Google search trends reveal three key moments in the recent evolution of noice in American English: In 2013, comedy duo Key and Peele released a sketch video titled Nooice about two dance video hype men falling in love after a fight over who owns the slogan noice. The skit became one of the most popular they released, which tightened the association between the word and the comedy duo.

In 2015, a video (published in 2013) featuring English author Michael Rosen saying noice went viral, with more than 12-million views on the original video to date. Pictures and gifs of this video have become a meme, of which stickers and other merchandise can be bought. Also in 2015, Andy Samberg’s character on Brooklyn Nine-Nine took the slogan noice for his own, leading to a later spike in 2016. The term came to be associated with his character and with the show in general.

@CACoasterKings I'm gettin ma ass there at SOME POINT in my life it's the #noicest coaster I've ever seen before
@i305rider, September, 2015
Thank you so much for watching the ELEAGUE Major: Boston! Our Grand Final had more than 1,130,000 concurrent viewers, beating the all-time record for a single Twitch channel we set last year. NOICE.
@ELEAGUE, January, 2018
Each successive layer is more like an apology than the last: Oim sorry, Oim troyna fix it, we don’t got noffin’ noice ‘ere ... ‘ere, troy this green stuff. Maybe some poinapple? Maybe cole slaw? An egg! How abou’ a noice egg? Nobody don’t loik eggs, au fink? And ... Bob’s your uncle!
Albert Burneko, Deadspin, May, 2017
SEE MORE EXAMPLES

Today, noice is recognized as an intensive form of nice in most situations, particularly when the speaker or writer is mimicking or stereotyping a British or Australian accent. It’s used both in colloquial speech and digital communication, though it is perhaps more associated with young adult men.

Adding the exclamation “Nice!” to the end of a statement indicates the user’s approval for the listener, while “Noice!” provides more playful emphasis and suggests a greater degree of familiarity between the parties. Noice is particularly used in gaming communities to congratulate players or comment on outstanding gameplay, hacks, or new games.

Noice has also developed its own comparative and superlative forms, noicer and noicest.

This is not meant to be a formal definition of noice like most terms we define on Dictionary.com, but is rather an informal word summary that hopefully touches upon the key aspects of the meaning and usage of noice that will help our users expand their word mastery.