What does Old King Clancy mean?

You say you have a Canadian girlfriend? Oh yeah? Did she give you an Old King Clancy?

Well, we don’t believe you, because the Old King Clancy is a suggestive, Canadian-inflected but otherwise unspecified sex act made up by the TV show How I Met Your Mother.

Where does Old King Clancy come from? 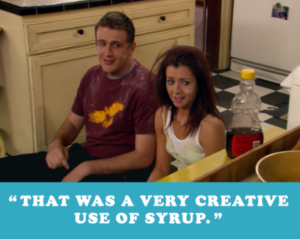 The Old King Clancy was first referenced in a 2009 episode, itself called “Old King Clancy,” of the sitcom How I Met Your Mother. In it, the character Robin (Cobie Smulders) reveals that she was propositioned to perform an unusual sex act by a Canadian celebrity who had a weird collection of collectibles.

Throughout the rest of the episode, the other characters try to guess the celebrity, sex-act, and collectible. In the end, they are revealed to be a fictional wrestler named the Frozen Snowshoe, a humorous sex act called the Old King Clancy (it somehow involves maple syrup), and trays from the Canadian fast-food chain Harvey’s. A flashback reveals that Robin actually propositioned the Frozen Snowshoe while pulling a bottle of maple syrup out of her purse. 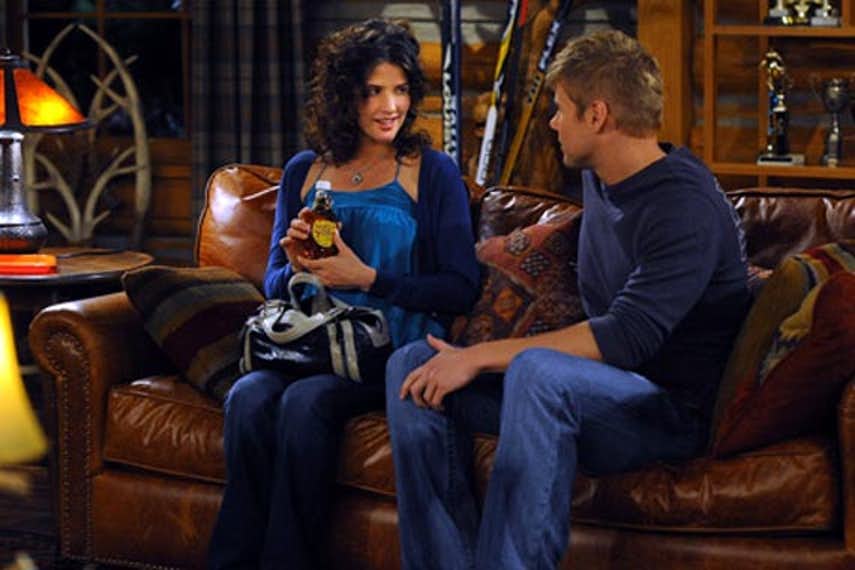 During the episode, the characters consult a website, www.canadiansexacts.org. The creators of How I Met Your Mother actually made that website, dedicated to describing their uniquely and completely made-up Canadian sex acts, like the Northwest Passage (not to be confused with the Alaskan pipeline), Full Mountie, Frosty Mitten Job, and of course, the Old King Clancy. If you click any of the links, though, all you get is an error message and a photo of (fully dressed) Canadian actor Alan Thicke of Growing Pains fame. Bummer?

That didn’t stop the dedicated users of Urban Dictionary from making their own highly explicit guesses at what comprises an Old King Clancy, of course. Four different definitions were posted to the site on March 23, 2009, the same day the episode aired.

Canada Day makes me think of Robin from HIMYM #oldkingclancy

The How I Met Your Mother writers really did their Canadian homework, though. Francis “King” Clancy, it turns out, is the name of a very real hockey player who played for the Ottawa Senators and Toronto Maple Leafs in the 1920–1930s. The NHL awards the King Clancy trophy to a player who has done significant humanitarian work each year. Having such an award named after you must be almost as big an honor as being the inspiration for a fictional sex act on a TV sitcom, eh? 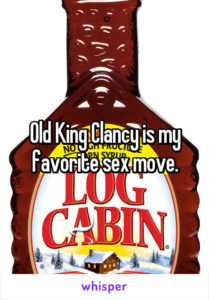 http://cdn-webimages.wimages.net/
Hey Hoser #YoMamaSoCanadian she loves the Old King Clancy AND the Sticky Flapjack 😉
@MeganEileenC, January, 2017
Don't boo the Canadian National Anthem...What's not to like about Canada?  Their affinity to bacon?  Mountees?  Rick Moranis?  Who doesn't enjoy a nice Old King Clancy in the morning?  I know I do.  Have you never experienced a maple dipped donut from Tim Horton's?  My friend...you haven't lived
Jay Zawaski, Chicago Now, November, 2009
SEE MORE EXAMPLES

As much as people like to talk about the Old King Clancy, it’s not entirely clear that anyone out there is actually utilizing maple syrup in the bedroom, but then again, who knows? It’s a sticky situation.

Old King Clancy, it's the same as a Sacramento Turtleneck but with Maple Syrup.

More often than not, the Old King Clancy comes up as a joke poking fun at Canadians, and, of course, as an inside joke among How I Met Your Mother fans.

Listening to canadian radio, disappointed at the lack of mentions of old king clancy.

I'd love to expose you to some Canadian heritage.
Such as an Old King Clancy.

This is not meant to be a formal definition of Old King Clancy like most terms we define on Dictionary.com, but is rather an informal word summary that hopefully touches upon the key aspects of the meaning and usage of Old King Clancy that will help our users expand their word mastery.