What does omega wolf mean?

An omega wolf or male can refer to an independent man who succeeds outside of social hierarchies. It can also refer to a weak, unsuccessful “loser.”

Where does omega wolf come from? 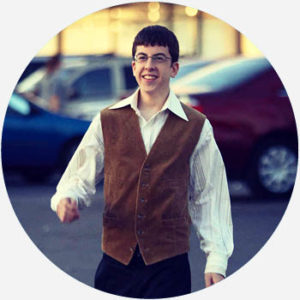 The idea of an omega wolf, also referred to as an omega male, is based on a popular but now discredited theory about gray wolves introduced by animal behaviorist Rudolf Schenkel in a 1947.

The theory goes that gray wolf packs consist of a variety of unrelated individual wolves all competing for dominance, with the leaders being the “alpha” male and female, while lesser wolves are relegated to “beta” positions, with the bottom of the bottom being the “omega” wolves. Schenkel use the Greek letter α (alpha, the equivalent of the English A), to designate the “top dog,” as it’s the first letter of the Greek alphabet. Beta is the name of the second letter of the Greek alphabet and omega, the last.

For the language and science of alpha animals, Schenkl draws on previous research, particularly on primates, about social dominance in the animal kingdom. Alpha male itself starting spreading the popular lexicon in the latter half of the 20th century.

Biologist L. David Mech’s 1970 book, The Wolf: The Ecology and Behavior of an Endangered Species, helped to popularize the concept and terminology of the alpha wolf. However, Schenkel’s theory has since been challenged—including by Mech himself—because the wolves that Schenkel studied were in captivity. Other theories of social dominance, especially among primates, do hold water.

Wolf packs in the wild, contrary to popular belief, have not been observed to behave according to any strict alpha–beta–omega hierarchy. In reality, wolf packs are more similar to nuclear families, with a mother, father, and their offspring. This doesn’t mean that wolf packs don’t struggle for social dominance, but these struggles can’t be boiled down to the simple alpha, beta, and omega dynamics.

While the science on wolf behavior has evolved, the language and idea of alpha wolves has persisted, including its application to humans. In popular psychology, an alpha male is dominant, forceful, extroverted, and aggressive and a beta male, often used in anti-feminist online forums, is submissive, passive, and weak. Views on an omega male, however, are conflicted, as some see it as positively, others negatively.

According to pro-omega male types, the omega male is not the submissive “second place” type that the beta male is. Rather, he is equally dominant, in his own way, but not a show-off or aggressive, like an alpha. These omega males are variously described as more introverted, gentle, laid-back, caring, independent, clever, self-assured, but never demanding attention the alpha does. This definition of an omega male rejects the standard, competitive hierarchy of the system, with the omega being a sort of “lonely alpha.” In this revised system, if the alpha is the conventional hero, then the omega is the anti-hero, subverting order in order to achieve his goals, rather than rising to the top as an alpha does. But unlike the beta, the omega is not secondary to anyone, even if society doesn’t understand him due to his social awkwardness, shyness, or lack of dominating tendencies.

Believers in this theory would consider such major figures as Abraham Lincoln, Albert Einstein, and Mahatma Gandhi to be omegas due to both their intelligence and their softer demeanors. These men are also sometimes called gamma or sigma males, referencing other letters of the Greek alphabet.

The anti-omega camp, on the other hand, follows the debunked original wolf-back theory: omega males rank dead last. According to this viewpoint, while beta males might be weak-willed and boring, omega males are socially inept, uncomfortable to be around, and creepy. They are unaware of how awkward they are and would probably blame others for feeling uncomfortable around them. They lack style and relationship skills whatsoever. This concept of an omega male is of someone who refuses to get a job on principle, runs from the real world, and devotes most of their time to obsessive, “childish” pursuits like collecting action figures.

While these views contradict each other, they both position the omega male opposite to the alpha male. Outside of scientific contexts, the metaphorical omega wolf and the more common omega male spread in the late 2000s in online forums.

“Damn. Lucky you. Wish I had that experience. Gears has been treating me like I'm an Omega Wolf. It hates me lol”
@Ice_Wolf_Tactic Twitter (April 5, 2017)
“Omega is the jazz man, always improvising to get what he needs. Alpha is very driven and methodical, having goals and holding his reign. Beta wishes he was alpha. Richard Pryor, not a physically powerful or aggressive man, was able to hold his own in prison simply by making the other inmates laugh.”
monmonmon Reddit (2010)
“Another one of our five signs you are an omega male is a tendency to deny certain social imperatives, most commonly, the urge to get a job and pay your bills. Omega males typically argue that they’re special souls—either too pure or too creative to subject themselves to the grind of the real world. In reality, however, they’re hiding.”
Andrew Moore, “5 Signs You Are An Omega Male,” Ask Men (May 31, 2010)
SEE MORE EXAMPLES

Omega wolf or omega male is used by some people to deride other men they perceive as “losers,” sometimes with judgment of progressive ideologies. But for those who embrace a more positive construction of omega, omega wolf or male can serve as a rejection of traditional masculinity and hierarchy. Omega can be applied to women as well, and largely serves as a pseudoscientific framework to understand social behavior in popular culture.

Omega wolf or omega male should not be confused with the 1971 movie Omega Man starring Charlton Heston.

This is not meant to be a formal definition of omega wolf like most terms we define on Dictionary.com, but is rather an informal word summary that hopefully touches upon the key aspects of the meaning and usage of omega wolf that will help our users expand their word mastery.