Feedback
on point
on the clock

What does on smash mean?

The expression on smash means to have something under your control, like you’re completely in charge of it or “owning” it. When the club is on smash, everyone is having a great time partying.

Where does on smash come from? 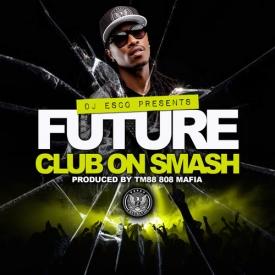 It’s not clear exactly where the expression on smash comes from. It’s possible that it comes from New York gang culture in the 1990s, when crews that had the neighborhood on smash controlled things in the area.

The expression made the jump from the streets to hip-hop by at least 1998, as evidenced in the track “Fuck Dat” by Onyx. On it, Bubba Smith raps: “Got the Big Apple on smash like mobs.”

On smash became a staple of hip-hop lyrics to describe having something under your control, e.g. on lock or locked down. Some examples from the early 2000s come from tracks like “You Ain’t Fuckin’ Wit Me” by Busta Rhymes and “Fly Till I Die” by Pete Rock. In the latter, we see “joint on smash,” meaning the place is poppin’. This sense may draw on the expression smash hit.

@JMolleyOfficial Had the whole club on smash during his performance 🔥 Tonight we are gonna be doing way more 😭💥 #SUPERSUMOSUNDAYS pic.twitter.com/Zi4gOp6Esp

On smash spread as slang for “excellent” and “good times” in the 2010s. In his 2012 track “Summer on Smash,” the rapper Nas boasts about what an awesome summer he’s going to have because he’s got girls, champagne, and cigars—he’s all set to live it up.

Examples of on smash

@DjOSH_KOSH had the club on smash last night with all the Lil Wayne gems 💎
@provokita, December 2017
On smash cuts like the Grammy-nominated “Nuthin' But a 'G' Thang,” Snoop's languorous rhymes held listeners spellbound.
Gale Research, Newsmakers, 1995 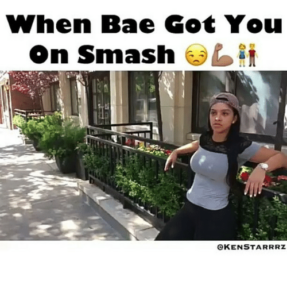 Who uses on smash?

The expression on smash is commonly found in black slang and hip-hop lyrics. When an artist has the club on smash, they’re metaphorically running the joint—and everyone is having a rocking time as a result. Songs that put the club on smash are ones that everyone goes wild dancing to.

Tonight the turn up bout to be real…bought 8 booths. Club on smash

But anything can be on smash, from schoolwork to meals to relationships, if they are managing them extremely well, i.e., owning it.

Why can't you ever spell correctly? But ya we had her class on smash https://t.co/9CNN1WZUiZ

@AceMotif yeah I'm usually quite shit but got this trip on smash. Too much to not take pics

This is not meant to be a formal definition of on smash like most terms we define on Dictionary.com, but is rather an informal word summary that hopefully touches upon the key aspects of the meaning and usage of on smash that will help our users expand their word mastery.

on point
on the clock
Home / Words / Slang / on smash