What does oppai mean?

From the Japanese word for “breasts,” oppai refers to a female character’s oversized “tits” in manga and anime.

Where does oppai come from? 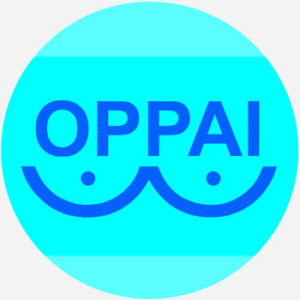 Oppai is a direct translation of breasts into Japanese, though it is used as slang in the same way tits or boobs is used in English. The term became popular in English with the rise of manga cartoons, online games, and anime shows in the West during the 1980s–90s. In these contexts, oppai most often refers to disproportionately large, impossibly round breasts. It has become popularized, if not fetishized, to the point of selling shirts for men and women featuring the term oppai and a minimalist drawing of breasts, a reference to a character’s sweatshirt in Japanese manga and anime One Punch Man.

I wish eiken didn't get such a negative impact cuz I think it's a very enjoyable series with tons of great oppai scenes, this anime is the reason I started loving oversized tits!
@XxSuzakux7xX, February, 2018
For those unfamiliar with oppai mousepads, they’re pads that let your wrist comfortably rest on soft mounds reproducing the chest of your favorite video game or anime heroine.
COGconnected, December, 2017
It’s hard to choose from the many highlights of this episode, but there are three scenes that were carved in my mind. The accidental oppai groping from Tsubomi and Yumeko groping Mary from behind. The series is so heavy in sexual innuendo that these two scenes seem like a children’s program in an adult channel.
Thanasis Karavasilis, MANGA.TOKYO, July, 2017
SEE MORE EXAMPLES

People using the term oppai in an English sentence are most likely referring to a character in a Japanese manga, game, or anime.

In Japanese, oppai is usually considered a children’s word for a mother’s breasts or breastfeeding in addition to its manga/anime slang senses. The two connotations coexist in Japanese, whereas in English, oppai is almost exclusively used as slang.

While used in a fun, lighthearted way in manga/anime culture, oppai is still a sexualized term and many may consider it objectifying of women. As such, oppai is not appropriate in all contexts.

This is not meant to be a formal definition of oppai like most terms we define on Dictionary.com, but is rather an informal word summary that hopefully touches upon the key aspects of the meaning and usage of oppai that will help our users expand their word mastery.