What does or nah mean?

Or nah, or “or not,” is a colloquial expression used to form to yes-or-no questions.

Where does or nah come from? 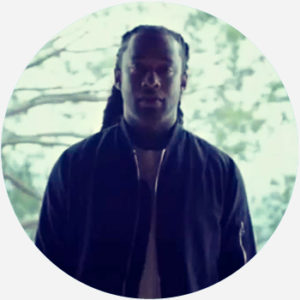 Nah has been an informal or emphatic way to say “no” since at least the 1920s, often used at the beginning of declarations (Nah, I think I’ll stay in tonight) or as an exclamation (Nah!).

The phrase or nah spread on Twitter in 2008, sometimes appearing in the phrase “yah/yay or nah” or, in a different construction, as a humorous dismissal of an undesirable alternative, e.g., “Should I get up…or nah.”

Or nah was popularized by the hip-hop artist Ty Dolla $ign in his January 2014 song of the same name. The song featured a multitude of questions ending in or nah, such as, “Keep saying you a freak, you gon’ prove it or nah?” and “You a ride or die chick, you with this shit or nah?” In a list entitled “Best Albums of 2014 (So Far)” on the website Complex, writers praised the song and the phrase, predicting that it was “another slang expander that’s sure to alter your day-to-day work conversations.”

Later in 2014, hip-hop duo Round2Crew released the track “Booty Had Me Like,” which featured the lyric: “You got a bae? / Or nah?” where bae means “significant other.” The verse inspired popular tributes and parodies on Vine. It inspired the Shakespearian joke, “To bae or nah to bae,” after Hamlet’s famous soliloquy.

Examples of or nah

“Is GOP-induced-anxiety a pre-existing condition or nah?”
@doonie8 Twitter (May 4, 2017)
“So...do we think Sessions will go after all the opioid abusers the country seems to have such a newfound empathy for or nah?”
@FeministaJones Twitter (May 12, 2017)
“to go to school or nah ”
Erica @_marizzles Twitter (May 22, 2017)
SEE MORE EXAMPLES

Who uses or nah?

Or nah is a popular, informal way to form a yes-or-no question on social media and in casual conversation. In some instances, or nah is used to form rhetorical questions to express excitement or disbelief much in the manner of or what?! e.g., “Do we look like twins or nah?”

In online publishing, or nah is often used in headlines. For instance, “To Go Vegan or Nah?”

This is not meant to be a formal definition of or nah like most terms we define on Dictionary.com, but is rather an informal word summary that hopefully touches upon the key aspects of the meaning and usage of or nah that will help our users expand their word mastery.