What does Papi mean?

Borrowed by English, papi is a Spanish colloquialism for “daddy,” extended as a general term of endearment like “buddy” for a friend or “my man” for a romantic partner.

Where does Papi come from? 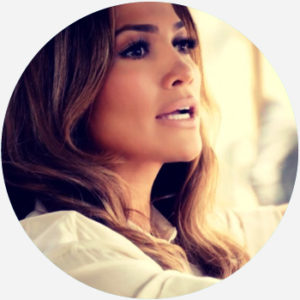 Papi is a colloquial term for “daddy” in Spanish, but in many Spanish-speaking cultures, particularly in the Caribbean, it is often used as a general term of affection for any man, whether it’s a relative, friend, or lover. The English “baby,” used as a term of endearment for spouses and children alike, is similar.

The term papi was probably popularized among English speakers when Latina artist Jennifer Lopez, of Puerto Rican descent, released the song “Papi” in 2011. Its lyrics specifically encouraged listeners to “dance for your papi” (i.e., your man).

Another popular proponent of the term was Major League Baseball player David Ortiz, who was born in the Dominican Republic. When Ortiz first joined the Boston Red Sox in 2002, he brought over his culture’s habit of calling teammates papi, to the point that they started calling him papi back, eventually earning him the nickname Big Papi. Since becoming a star, Ortiz has used his nickname for marketing products such as “Big Papi’s Kitchen.”

Man I can’t wait to see my papi Tom Hardy as Venom
@Amonio_, February 2018
This isn't the first tattoo Paige has dedicated to Del Rio, as the star also has the word "Papi" inked on her finger.
Matthew Mueller, ComicBook, September 2016
Happy 1 year anniversary with my baby 😍 love of my life right here! every moment isn’t perfect, but every moment is worth it 💗 i’m so in love w you papi, many more to come most deff 😘 ain’t going nowhere @therealroboi.
@lovelyjanisa__ February, 2018
SEE MORE EXAMPLES

In Latinx culture, the feminine mami is used just as regularly as papi, though it’s less common to see it used by English speakers, and mami can come across as offensive to women if used incorrectly; it can be perceived as a catcall.

Papi, on the other hand, is a friendly way to refer to any male associate, similar to calling a friend “dude” or “buddy.”

On the surface, the use of papi resembles when English-speaking people use “daddy” to refer to their sexual partners: While using daddy in this sense is common, it tends to imply a sexual power dynamic (“daddy” as an authority figure) whereas papi, perhaps because it’s used for more general affection, can be less loaded with such overtones.

The use of papi, then, may create some confusion. In determining whether the word papi is meant to be flirtatious, be mindful of tone and context.

A common romantic variation used in some Hispanic cultures is papi chulo. However, Spanish speakers should take care when/if using this phrase.

This is not meant to be a formal definition of Papi like most terms we define on Dictionary.com, but is rather an informal word summary that hopefully touches upon the key aspects of the meaning and usage of Papi that will help our users expand their word mastery.