What does pie mean?

To most of us, pie conjures up an image of a pastry with fruit filling, yum … but to drug dealers (or users) pie refers to a kilogram of drugs, usually cocaine.

Where does pie come from? 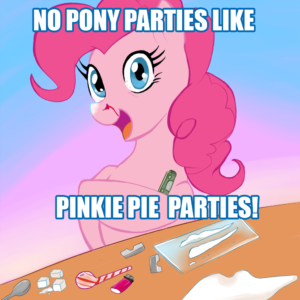 The word pie itself is pretty old. It’s recorded by the 1300s.

The slang pie, however, is much more recent. It’s evidenced by the 1990s. A dealer would get a kilogram (kilo) of cocaine and cut it up for lower-level dealers to distribute—like a regular pie, just for a very different kind of craving.

This pie was first just used as a reference to drugs by those in the urban drug-dealing community. It spread to a wider audience when black hip-hop artists incorporated the drug-dealing lingo into their hit songs.

In 1997, for instance, rapper Sean “Puff Daddy” Combs released “Can’t Nobody Hold Me Down” on his first solo album No Way Out, a Billboard #1 hit. The track featured rapper Mase, who says of Combs: “There’s no guy slicker than this young fly nigga…Did Fed time, outta town pie-flipper.” Pie-flipper alludes to Combs’s short-lived drug-dealing when he was a student at Howard University, though he never served Fed time, or a federal prison sentence.

In case folks were still confused about what pie meant on the street, in 1998 rapper Big L released the track “Ebonics,” where he spells it out for us: “A ki of coke is a pie / when I’m lifted, I’m high.” So, there you have it.

Where your ass was at, dog, when I was serving pies? / Where your ass was at, dog, when niggas wouldn’t feed me?
Future, "Where Ya At" (song), 2015
In these songs, bricks, squares, pies, stones, and yams are coke, and the cooking, mixing, and weighing required to prepare the drug for clients becomes the inspiration for often inscrutable wordplay.
Sasha Frere-Jones, The New Yorker, December, 2006 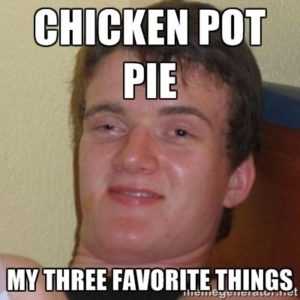 Pie is usually used as a noun, as in “I love the cutie pies, never the zootie pies,” a line from Gang Starr’s 1999 “Discipline.” It’s often commonly used in the punny expression cooking pies, or making drugs, usually either crack or meth.

Pie isn’t the only, or necessarily most common, drug slang for a kilo of cocaine: Ki, from kilo, is also a big one. But, pie endures nevertheless. Rapper Fetty Wap helped re-popularize pie in his 2015 song “Trap Queen,” where he sings: “I be in the kitchen cookin’ pies with my baby.” (Sometimes pie is slang for “vagina,” guys.)

Because of the association of pie with cocaine, the My Little Pony character Pinkie Pie is often included in memes about cocaine. 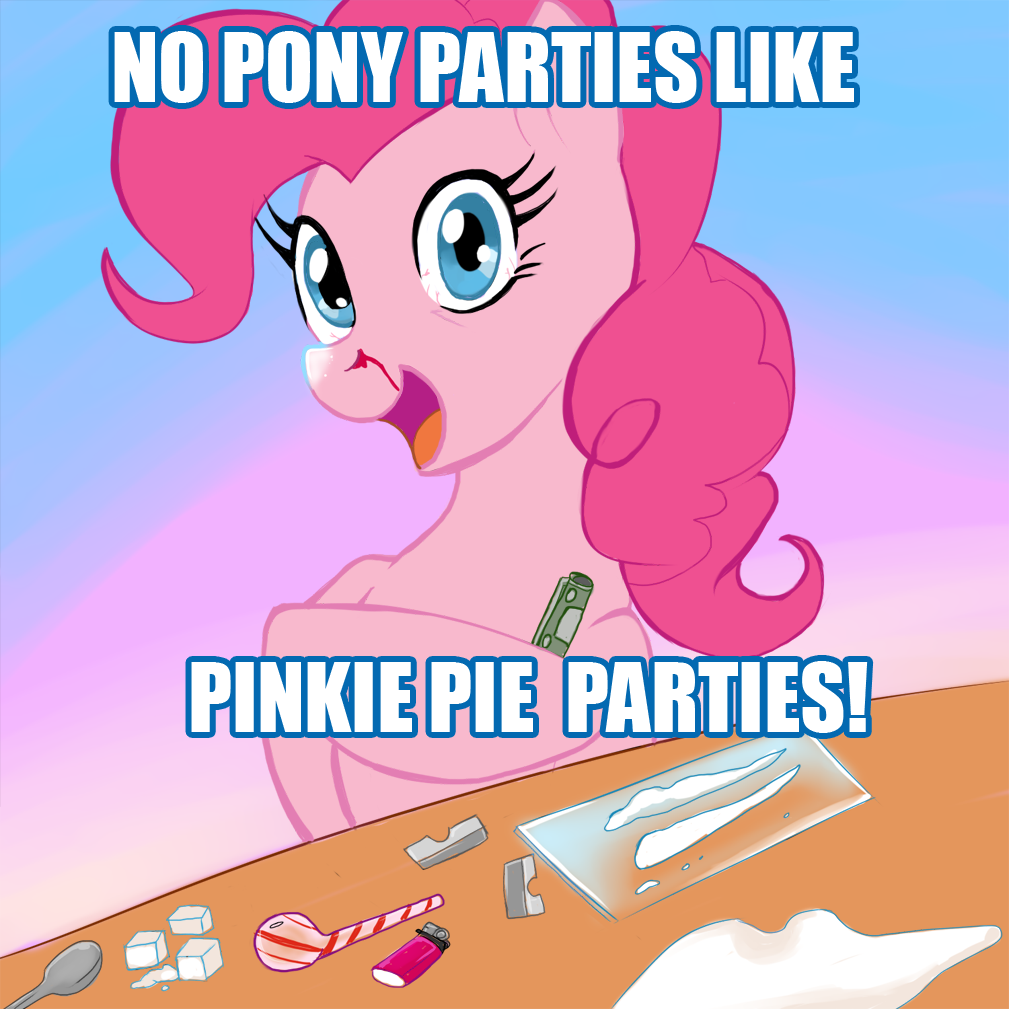 This is not meant to be a formal definition of pie like most terms we define on Dictionary.com, but is rather an informal word summary that hopefully touches upon the key aspects of the meaning and usage of pie that will help our users expand their word mastery.