What does Piru mean?

Among other places, Piru is a street in Compton, California where the Piru Street Boys and Westside Piru gangs originated. The gangs have made Piru a backronym for Pimps (or People) in Red Uniforms, a reference to members of the Bloods, who Piru gangs are allied with.

Where does Piru come from? 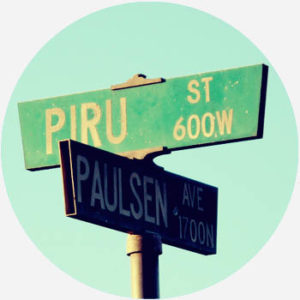 In 1969, two Compton residents who lived on Piru Street, Sylvester Scott and Vincent Owens, formed a street gang called the Piru Street Boys. The gang originally aligned with the Crips gang, but after falling out in 1972, the Pirus joined forces with the Brims and other local gangs to form what is known today as the Bloods.

Some people incorrectly interchange the terms Piru and Blood, believing that the two terms mean the same thing. As of 2018, Pirus are known as a subset of the Bloods and have roughly fifteen different “sets,” as affiliated subgroups are called, around the state of California, from San Diego to Sacramento. They even have a footprint in Maryland. Gang members specifically from Compton are typically still known as Pirus, whereas all others can be universally termed as Bloods.

Because of their tendency to represent their sets by wearing red or burgundy-colored clothing—a retaliatory move against the Crips’ use of blue clothing—the word Piru has more recently been adapted into an acronym that means People or Pimps in Red Uniforms.

People involved in or referencing gangs use Piru for gang members who are aligned with the Bloods. A Piru can be a member of a Piru set.

Piru has also been widely referenced in hip-hop songs and lyrics since the 1990s. For instance, in 1993, the collaboration rap (and gang-crossing) group Bloods & Crips released a song called, “Piru Love,” that describes the tumultuous relationship between the rival gangs. In March of 2018, rappers Tekashi 6ix9ine and YG—both of whom reportedly have affiliation with the Bloods, among hip-hop artists—were engaged in a battle of words on social media. YG posted on Instagram: “On Bompton Piru, Fuck 6ix9ine. On the bloods, what’s happening?… 400 said it bitch” as a diss to Tekashi 6ix9ine.

Because the Pirus are touted as the oldest set of Bloods, there is a certain amount of reverence given to the term among Bloods members, sympathizers, or general followers of Bloods as they are manifested in popular media, especially hip-hop music. It would be largely insulting to refer to a Crip as Piru.

This is not meant to be a formal definition of Piru like most terms we define on Dictionary.com, but is rather an informal word summary that hopefully touches upon the key aspects of the meaning and usage of Piru that will help our users expand their word mastery.