What does pity party mean?

A pity party is an instance of feeling self-indulgently sorry for yourself.

Where does pity party come from? 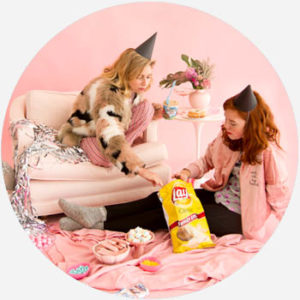 One of the earliest written instances of pity party, a colloquial American English expression, was in “Pity Party,” a 1978 song by American country singer Barbara Mandrell. In it, she sings about “having a pity party” after her lover leaves her, at times portraying her loneliness as if she’s actually throwing a sad party for herself.

The phrase pity party spread in the 1970–90s, and was used to criticize self-indulgent pity in everything from self-help books to agricultural periodicals. Barbara Mandrell, however, may have started a trend, as many artists have titled their songs pity party since her track. One notable example was Melanie Martinez’s 2015 “Pity Party.” Elsewhere in pop culture, there’s a successful clown singer who goes by Puddles Pity Party, and a Los Angeles-based rock band who call themselves The Pity Party.

“Can't deal with those who constantly throw themselves a pity party. If your life is so bad CHANGE IT. You are in control of your happiness”
Ashley Burns @ashburns30 Twitter (April 19, 2017)
“I don’t think you want any help. I think you wanna have a little pity party.”
Melissa McCarthy as Megan, Bridesmaids (2011)
“We must teach our students that true learners don't get caught up in the pity party; they shed a tear and then push forward.”
Michele Dunaway, “The Thin Red Line,” Visual Thesaurus (March 15, 2012)
SEE MORE EXAMPLES

While it’s an informal expression used in spoken, print, and digital contexts alike, pity party is common and widespread enough to also appear in more formal contexts. For instance, a September 2016 Washington Post opinion piece by Jennifer Rubin accused the GOP of becoming a “pity party for white males.”

This is not meant to be a formal definition of pity party like most terms we define on Dictionary.com, but is rather an informal word summary that hopefully touches upon the key aspects of the meaning and usage of pity party that will help our users expand their word mastery.