What does plata o plomo mean?

Plata o plomo is a Colombian Spanish slang phrase that translates to “silver or lead.” A person saying the phrase is telling the listener to either accept a bribe (plata, meaning “silver,” a common slang term for money in Colombia) or lose their life (plomo, a metonym for “lead bullet”).

Where does plata o plomo come from? 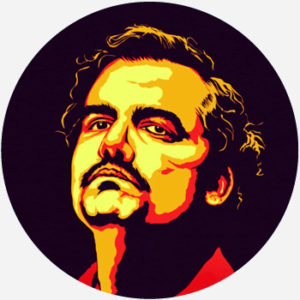 Though the phrase had likely been in earlier use in Colombian Spanish, plata o plomo largely entered public consciousness in the 1970s through the activities of the Medellín Cartel. The cartel, lead by Pablo Escobar, flooded American markets with cocaine throughout the 1970s–80s. It was Escobar who famously used the phrase plata o plomo to threaten government officials with harm if they didn’t accept his bribes.

Google searches for plata o plomo spiked in popularity in August 2015 and September 2016, coinciding with the premiere of the first and second seasons of the Netflix series Narcos. The script for the show about Escobar is written in both Spanish and English, which likely helped drive lookups for slang like plata o plomo that didn’t translate exactly into subtitles.

Everytime i tell my friends “plata o plomo” they always choose plomo :(
@nallelyvilleg, January 2018
If someone broke my nose it’s plata o plomo on these guys lol
@yungethun, January 2018
There may also be no need to resort to violence if bribes will work. One hardened, and frustrated, police veteran once commented that the plomo (lead) is seldom needed, as plata (silver) always does the job.
Robert Muggah and Jeremy McDermott, The Atlantic, April 2013
SEE MORE EXAMPLES

Though plata o plomo was initially used by Colombian cartel members, its use has spread over time to more lighthearted situations, especially with the popularization of the phrase from Narcos. Netflix has even used the phrase in promotional materials from the show.

English speakers often use the phrase in the same way they might use “go off,” as in, “I will go off/go plata or plomo on that person.”

Plato o Plomo is also the name of a 2017 hip-hop album by Fat Joe and Remy Ma.

This is not meant to be a formal definition of plata o plomo like most terms we define on Dictionary.com, but is rather an informal word summary that hopefully touches upon the key aspects of the meaning and usage of plata o plomo that will help our users expand their word mastery.