Everything After Z by Dictionary.com
Previous Word: Praise the Sun
Next Word: prepper

What are some colleges that are preppy and conservative but still have great social scenes and greek life?
hsgirl89 (user), College Confidential, February 2017
i just love how all the preppy girls at my school judged me and my friends so bad for partying and drinking on weekends and now y’all all on hard core drugs while hiding your juul from your mom 😩😭
@Vidisllamas, July 2018 https://twitter.com/Vidisllamas/status/1022707508639674370
Just met w/a student from San Antonio's March for Our Lives/Students Demand Action. At her school, the "cool" preps who counterprotested their walk-out park new parent-purchased Jeeps, emblazoned w/American, Texas, Confederate, & Don't Tread On Me flags, in "Jeep Row."
@annehelen, August 2018

Where does prep come from? 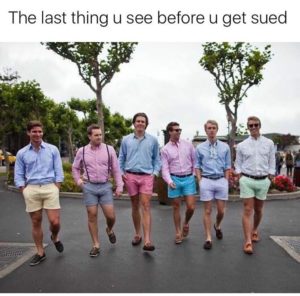 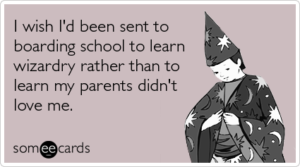 someecards
Before admittance to an Ivy League college required solving world hunger, starting a fortune 500 company, and—just added—reversing the effects of global warming, getting a coveted spot at one these institutions was easier, if not more exclusive. All you had to do was be born into an elite family residing in the Northeast of the United States.

Beginning in the 18th century, the children of America’s elite were traditionally sent away to high-priced preparatory academies, which served as feeder schools to institutions like Harvard and Yale. However, due to a push starting in the 1960s for all students to have access to education outside of the typical public school, these elite preparatory schools began admitting people from a more diverse socio-economic background.

So, while preps no longer only refers to people who attended one of these elite schools, it does refer to individuals who identify with the culture that was born from the preparatory school tradition because the term prep and preppy is shortened from preparatory school, which prepares students for higher education. 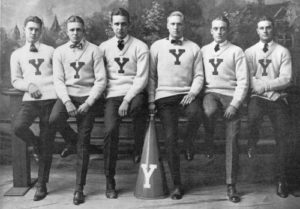 Smosh
Then, in the 1980s The Preppy Official Handbook was published. It was meant to be a joke but it ended up being taken seriously as a set of instructions on how to live the preppy lifestyle. Nevertheless, due to many aspects of the lifestyle carrying a large price tag, preps continue to typically be individuals who come from a wealthy upbringing.

One of the biggest qualities of preppy culture is the fashion, which has been characterized as a hybrid of casual and formal attire. Usually marked by clothing from stores that work hard to empty out your bank account such as J. Crew, Brooks Brothers, and Vineyard Vines. Think pastel-colored khaki shorts, a tucked-in, pink, pop-collared polo shirt, and loafers.

Given that preppy subculture came from a place where money wasn’t an issue, many stereotypically preppy activities require a considerable amount of money too: horseback riding, rowing, and, of course, sailing.

While preppy culture remains a subculture in American society, it has frequently surfaced in the mainstream. For example, numerous US presidents attended preparatory schools, including Massachusetts native John F. Kennedy, who was a graduate of Connecticut’s Choate Rosemary Hall.

Preppy characters are also found in popular movies and TV shows, including Mad Men’s Pete Campbell and The Fresh Prince of Bel-Air’s Carleton Banks. Perhaps, most notably, however, was the hit series Gossip Girl, which centered around the lives of a group of elite New York City prep school attendees, and whose 2007 premiere brought in millions of viewers.

An, while prep and preppy usually describe whiteness and entitlement, in the 2010s many prominent black celebrities, such as basketball’s LeBron James and hip-hop’s Kanye West, popularized a style often described as preppy, sporting classic sunglasses and sweaters.

The terms prep and preppy can be found on social media, print, and in speech. Often the terms carry a negative meaning—think the three Ws: white, wealthy, and WASP—when used by people outside of the preppy subculture to describe people within it … though people who identify with the culture fully embrace their prep-dom.

Couples who sail together, stay together ⛵️💕