What does problem child mean?

A problem child is a child who is considered difficult … you were probably one, right?

The term is also used as a metaphor for a persistently trying or demanding person, thing, or responsibility.

Where does problem child come from? 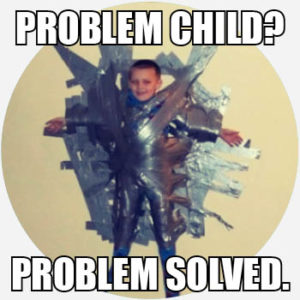 The term problem child dates back to the 1920s where it is defined as “a costly, nagging, persistent proposition…”

The term spread in the press by at least a 1926 edition of The Age, an Australian newspaper. The article suggests that “by reason of defective intellect, unbalanced character or bad environment,” the problem child “is unable to fit in the way a normal child should do.”

The severity of problem child weakened with time, suggesting more of a rowdy and mischievous child, rather than one with developmental challenges. 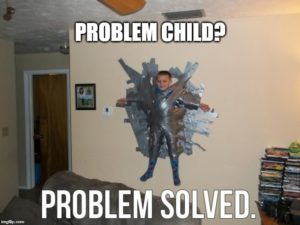 By at least the 1970s, the term became a favorite metaphor in business and finance, where it refers to “risky business investments that drain company resources without turning a profit,” as Investopedia explains.

In 1990, the term was further popularized by the box-office success of the American comedy film Problem Child. In the film, a well-meaning couple adopts a seemingly innocent 7-year-old boy (Michael Oliver) who becomes a destructive troublemaker. The film inspired two sequels. 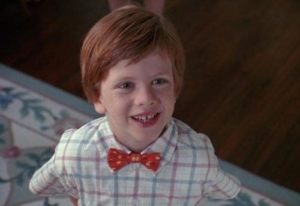 My kid gonna be bad as hell 😭 I was the “problem child” growing up 😂
@BlacckQueenn_, February, 2018
After two days of discussion at the 3rd Mexico Infrastructure Projects Forum in Monterrey, Mexico, the role of natural gas has emerged as a bit of a problem child, albeit an important part of the nation's ongoing energy reforms.
Richard Nemec, Natural Gas Intelligence, January, 2018
We have all heard of the problem child. No, I am not talking about the obscure 1990 movie starring a pre-Seinfeld Michael Richards. I mean the child that was sent to try us. To push our buttons. The one that makes us lose sleep for whatever reason.
David Campbell, Daily Telegraph, February, 2018
SEE MORE EXAMPLES

The phrase, problem children (the plural), is commonly used to compare and contrast an unruly child with their siblings. Thanks mom.

Problem child can also refer to an unruly member of a group or other metaphorical “headache” or “thorn in the side.”

Several rock bands, including AC/DC, the Beach Boys, and Simple Plan have released songs titled “Problem Child.” In late 2017, Chicago based rapper Famous Dex released a video on WorldStarHipHop called “Problem Child.” The song is jam-packed with illicit references to promiscuous activity and the consumption of drugs.

This is not meant to be a formal definition of problem child like most terms we define on Dictionary.com, but is rather an informal word summary that hopefully touches upon the key aspects of the meaning and usage of problem child that will help our users expand their word mastery.