What does psychonaut mean?

A psychonaut is someone who explores altered states of consciousness, especially through hallucinatory drugs.

Where does psychonaut come from? 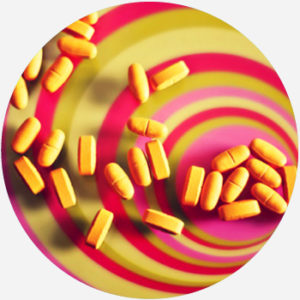 Psychonaut is a word based on Greek roots that translate to “sailor of the mind.” In English, it’s a blend of psycho-, a prefix used to describe mental processes or practices like psychology, and terms like astronaut, whose “space-traveling” evokes being high or spiritual transcendence. The term was apparently coined by German author Ernst Jünger in 1970 to describe the psychedelic, drug-induced experiences with his friend, Arthur Heffter.

The word psychonaut refers to someone who experiments with altered states of consciousness, particularly as brought on by hallucinogenic drugs like ayahuasca, for the sake of spiritual or intrapersonal exploration. While the term is often associated of drug use, a psychonaut might also experiment with meditation, sensory deprivation, lucid dreaming, and other mind-altering practices. Psychonaut, like the drug sense of trip, uses the metaphor of a journey to describe a hallucinogenic experience.

By 1982, the term had become familiar enough that Pete Carroll used it as the title of his book, Psychonaut, which dealt with the practice of altered states of consciousness.

The term has also gained additional familiarity as the title of a 2005 video game, Psychonauts, which depicts psychonauts as being spies that possess psychic abilities.

“eventually I'll have enough saved up from oil rig life to go rogue off grid scientist/psychonaut to explore.”
@nickraaum Twitter (April 29, 2017)
“I've been a hippy living in a van by the river, a psychonaut, business owner & administrator. Freedom comes from aligning with Natural TRUTH.”
@Zero_Prime Twitter (May 1, 2017)
“If you're looking for a new hobby and get a kick out of taking newly synthesized designer drugs before anyone else in the world, why not become a psychonaut?”
William Alexander, “Internet Psychonauts Try All the Drugs You Don't Want To,” Vice (April 30, 2013)
SEE MORE EXAMPLES

The practice of being a psychonaut, or studying altered forms of consciousness, is called psychonautics, coined by ethno-botanist Jonathan Ott in a 2001 essay.

Since the term psychonaut is heavily associated with drug use, it can have a negative connotation in some circles. However, psychonautic studies are not confined to drug use. Self-proclaimed psychonauts take pains to emphasize that any drug use they may or may not partake in is motivated by non-recreational purposes, and is more in line with spiritual drug use as practiced by some cultures.

This is not meant to be a formal definition of psychonaut like most terms we define on Dictionary.com, but is rather an informal word summary that hopefully touches upon the key aspects of the meaning and usage of psychonaut that will help our users expand their word mastery.