What does radass mean?

Where does radass come from? 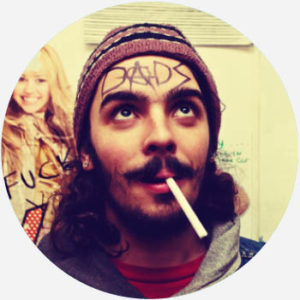 Radass apparently blends rad, slang for “excellent” and shortened from radical in the 1970s, and badass, slang for “exceptional” or “an exceptional individual” since the 1950s. Radass may also have originated, though, as rad-ass, formed liked badass in its use of -ass as an intensifying suffix (e.g., That was a bad-ass skateboarding trick!)

So, when radass emerges isn’t exactly clear, but Urban Dictionary first entered the term in 2003. The term may have popularized by its use in popular media in the 2000–10s, including Radass.com, a website that posts funny and sexy pictures and videos as well as sells various “cool” merchandise. Musical artists have also notably used radass, including the 2012 album American Radass (This Is Important) album by the band Dads.

A minor 2017 comedy, Highway to Havasu, used radass in its trailer description: “This Spring Break ride along with Billy, Dylan and Maxi on a radass road trip. Prepare to meet some crazy characters on the wild adventure.”

Radass is occasionally used in spoken and written slang to describe someone or something who is more than just “rad” and “badass”—but is a radass. Radass can also describe something seen in this way (e.g., That car is totally radass).

While many use radass earnestly, the term is sometimes used ironically to mock efforts to make something sound cooler than it actually is.

This is not meant to be a formal definition of radass like most terms we define on Dictionary.com, but is rather an informal word summary that hopefully touches upon the key aspects of the meaning and usage of radass that will help our users expand their word mastery.