A retoast is content (meme, picture, video, etc.) that has already been posted on social media. Retoasting is the action of posting, sharing, or linking to previously posted content.

copypasta, the cake is a lie, subreddit, updoot, dank meme

Where does retoast come from? 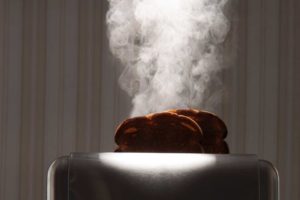 Retoast plays on repost and re-toast, or toasting a piece of bread again, such that it’s overdone. The term appears online as early as 2008 in the London Fixed-Gear and Single-Speed cycling forum, where a user comments “sorry if retoast” about a link to a Daily Mail article that may have already been shared.

Vin diesel and helium: Hahaha i found this funny so enjoy and im really sorry if its a retoast http://t.co/3zTVntE7 @funnyvids 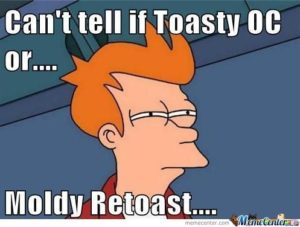 Retoast is used on online forums or social media, both as a noun (a retoast) and verb (to retoast), though its currency appears to have dropped off around the mid-2010s.

hey I got a better picture of it, retoast pic.twitter.com/GgueWjNVyp

… or simply want to re-share content because you enjoy it, even at the risk of seeming repetitive or annoying.

I had to retoast this cuz it is me in every fibre and being pic.twitter.com/KIY45twgQp

This is not meant to be a formal definition of retoast like most terms we define on Dictionary.com, but is rather an informal word summary that hopefully touches upon the key aspects of the meaning and usage of retoast that will help our users expand their word mastery.